Drought pushing smallholders out of farming… and devastating cities too.

South Africa has been plagued by persistent drought conditions since 2010. Although international media coverage has largely focused on the “Day Zero” campaign in Cape Town, the country is currently being devastated by two water crises, one of them nature-induced and the other, manmade.

Khosi shakes his head in disappointment and looks straight ahead into the horizon in his native Senekal. The drought that has hit his community hard is something he really doesn’t like talking about. All around us we can see mirages as the scorching sun hits the parched earth. People sit idly in the shade of their verandas, watching the world go by.

Then he speaks, his voice full of regret:

“I took over this farm from my father because I love farming and my family has always been involved in farming. We keep sheep and goats. But at the moment it is extremely difficult to keep livestock because there is no water in Senekal. Many watering holes have dried out. How can our animals survive with no water? Even human beings are struggling to stay alive.”

He then explains the politics of water in the community:

“The big farmers can survive because some of them have dams – althoughsome of their dams have run out of water – and they have enough money to drill boreholes on their farms. Smaller farmers like us – how do we afford boreholes? We rely on water from the municipality, and their services are a mess. The other problem is that some rich farmers don’t want to share their boreholes with us.”

Khosi then waves his right hand around his head, his index finger pointing outwards to indicate that he is referring to the radius around us.

“Most smallholder producers around here have sold their livestock because there is no water. Some are still fighting to stay afloat – but it is going to be a tough fight for them. We are doing this farming to escape poverty but the drought is going to make us all poorer.”

The consequences of a parched country

International media coverage has largely focused on the city of Cape Town and its much mediatised “Day Zero” campaign. But that’s not the end of the story. South Africa as a whole is currently being devastated by two water crises, one of them nature-induced and the other, manmade.

The country has been plagued by persistent drought conditions since 2010. Rainfall, which is already poor in the best of times, has dropped from about 464mm to just 15mm in some parts of the Northern Cape. During the long hot summer of 2019, temperatures peaked at 46 degrees in the northern parts of the country. The following winter months also had unusually hot weather, with average temperatures of up to 36 degrees Celsius north of the country.

Hot weather conditions have significantly complicated life for livestock farmers. Searing heat has stunted the growth of veldt grass, forcing farmers to import fodder for their animals. Dried-out carcasses dot the countryside. Across the province, from De Aar to Calvinia and Springbok, it is the same story everywhere. The Northern Cape government and farmer associations have been spending more and more on fodder to feed their livestock. Some helpless farmers are forced to sell their livestock at giveaway prices – and very often, there aren’t many takers.

One bad season can cause a decade of financial hardship or even complete ruin. In 2019, the Sunday Times newspaper ran a story about farmer suicides in nearby Sutherland. Local residents counted up to eight farmers who had taken their lives due to drought-related challenges.

The other water crisis has to do with poor management of water infrastructure. With the country’s water supply severely reduced by drought, one would have expected to see better management of the little that is left. However, this is not the case. A plethora of challenges exist, from collapsing bulk water infrastructure, inefficient transmission systems, leaks, insufficient human resources, to consistent failure to plan for demographic growth.

The Department of Water and Sanitation recently reported to parliament that only 64% of households have access to a reliable water supply service, 44% of water treatment works are in a poor or critical condition, and three million households do not have access to reliable drinking water. Major leaks go unreported or resolved for weeks.

With erratic rainfall, dam levels have remained low for a long time. The Vaal Dam, which supplies Gauteng, is currently at 28% of its normal capacity. In the Eastern Cape, Settlers Dam is at 12%, Milner Dam at 15% and Howieson`s Poort Dam at 23%. The province is under a water disaster declaration. In Kimberley, the municipality has been shutting off the water every night and in Makana municipality, the municipality has been rationing water for over a year now, with only 50 litres allowed per person per day.

Local media have shown snaking queues that stretch for hundreds of metres in Barbeton (Mpumalanga) and Motherwell, KwaZakhele, Missionvale, Zwide and Govan Mbeki (Eastern Cape). It usually falls on women to fetch water and this activity often eats up a lot of their time. The national department of water affairs distributed more than 20,000 tanks to communities around the country as part of the Coronavirus relief efforts at a cost of over one billion Rand. However, this has not resolved the water supply challenge, with hundreds of communities still without reliable water.

The Nelson Mandela Bay Municipality in the Eastern Cape declared Day Zero in September 2020, the second state to do so in under five years. The declaration did not even make national news. The Eastern Cape does not receive as many international tourists as Cape Town. However, it is a major car manufacturing town. Ford, BMW, Mercedes Benz and Toyota all have plants there. Perhaps people will pay more attention when drought conditions start affecting their operations with furloughs, layoffs or maybe relocation to provinces with more water.

With each passing year, temperatures have gotten progressively warmer. In fact, the region is warming twice as fast as the rest of the world, with serious consequences for the country’s population. Yet, if one were to follow government press conferences or read the papers, it wouldn’t be immediately apparent that drought is a clear and present emergency, should have first priority among African leaders, right alongside the Coronavirus issue.

The prevailing mentality in Africa as in many other parts of the world, is that climate change is – to paraphrase the words of Kofi Annan – something that is going to happen in the future. It is an “unsexy” topic because it is happening in slow motion, not as sudden and dramatic as the Coronavirus pandemic. That explains why it is not front and centre of priorities, budgets and strategic plans.

The World Meteorological Organization predicts that the drought conditions in South Africa are set to continue until at least 2024 and this means that a number of things clearly need to be done. The frequency and intensity of drought episodes will continue to increase. Farmers in drought-hit areas have to adjust accordingly by shifting to other agricultural commodities. They can also modify their production in cycles, according to precise weather predictions.

Obviously, municipalities also are forced to manage water better. This starts with hiring competent staff to manage existing bulk water infrastructure. These infrastructure sites have to be serviced regularly and expanded in line with demographic growth. Further, utility companies are compelled to monitor their transmission networks to deal with leaks as they occur. In fact, water conservation must become the norm.

On a further level, households must learn to use less water, and large-scale commercial farms, which consume most of the country’s water, have to change their irrigation infrastructure for more efficient systems. Finally, the media can also use regular public service announcements to remind the public about the importance of using water wisely. 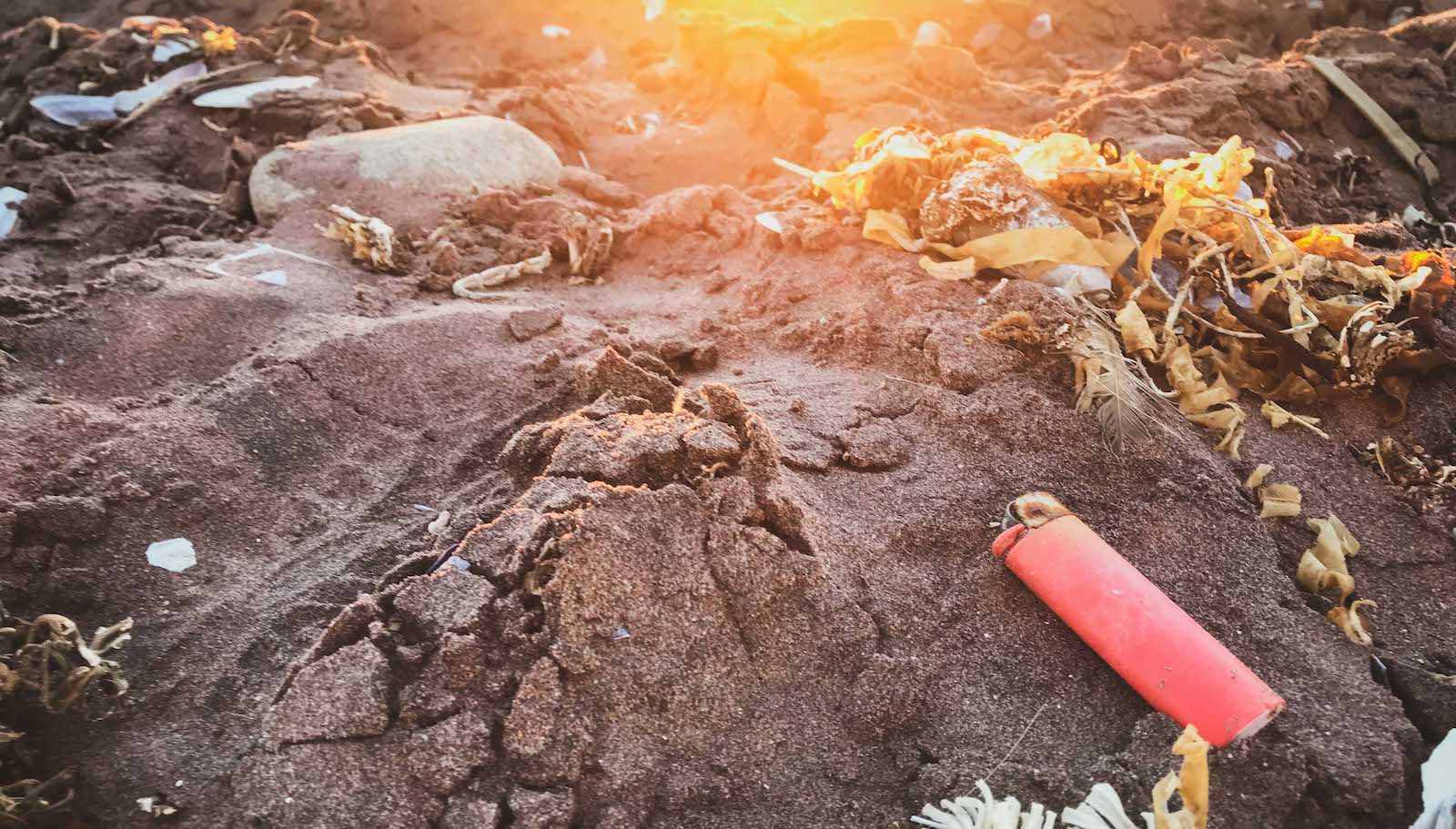 ReportClimate Change, The Ocean and Marine Life in Namibia 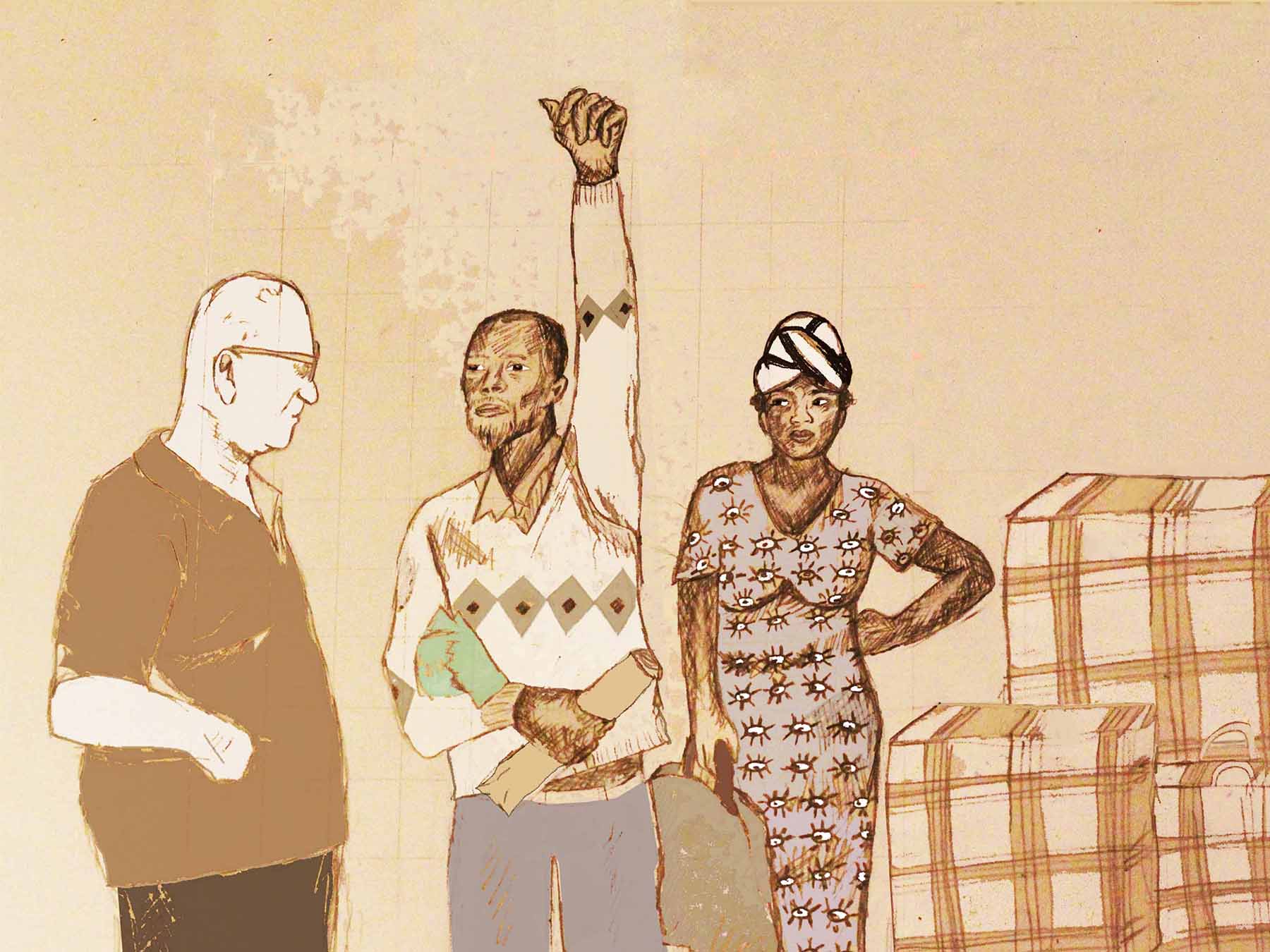