Report
Effect of climate change on farmers in Malawi

Every year Malawi experiences devastating weather induced by climate change with some districts receiving little to no rain at all. For a country that relies on rain-fed agriculture, the impact is substantial. In the southern region district of Nsanje, drought during the rainy season negatively affects a majority of subsistence farmers in the area.

It is only nine o’clock in the morning but already unbearably hot. Checking my cellphone, I am shocked to see that the temperature is at 30 degrees Celsius. For communities in Nsanje district, such high temperatures are not surprising or unusual.

Nsanje district is known as one of the hottest districts in Malawi. It lies in the lower Shire Valley at the southernmost tip of the country, bordering Mozambique. Over the past couple of years, the average temperatures in the area have been on the rise and many people are not fully aware of this.

Fifty-six-year-old Olivia Chasowa is short in stature. The numerous hours spent under the Nsanje sun have worn down her facial features, making her seem older than her actual age. Even though I have not known her for that long, it is apparent that she is jovial and full of life.

Chasowa’s story is like those of many other farmers in Malemia village whose crop harvests are barely enough to see them through the year. Her village is one of many in Nsanje district that earlier this year were hit by several episodes of dry spells and flush floods that swept away dozens of hectares of unmatured crops.

“When the heavy rains came and swept away my crops, I had no money to buy extra seeds in order to replant. I was hoping my millet would do better and get bumper yields, but the inadequate rains we have received this year have not done us any good either,” Chasowa explains.

Apart from the piece of land she has close to her house, she also leases another property for annually at around MK7,500 ($ 10). This amount might not seem like much to others, but in Chasowas's case it constitutes a considerable financial risk.

Each year she plants maize, millet, and sesame. When the harvest is good, she puts up some of it for sale and the rest goes into feeding her family. She currently lives with two of her four children and tries to make ends meet by taking up piece jobs when she can no longer sell her produce.

Not long ago, Chasowa used to get up to 10 to 15 bags of maize and millet yearly. She tells me that back then, she  was better off and it was easier to fend for her family and herself.

“This year will be an extremely difficult year to get through; I do not even know how I will feed my family and still be able to send my children to school. I only have a single bag of millet which I will sell and the little maize I have left will be used as food,” she says.

The tone in her voice changes when she speaks of her family. It carries with it an emotion which she tries to hide by smiling at me. This is obviously a part of her life that she is not comfortable talking about.

After talking to Chasowa at her home, she decides to take me to her millet field. She leads me to a dusty winding foot path that goes through the village and to the main tarmacked M1 road.

As we talk while one our way, she stops and points to the dusty path and tells me that this is what it looks like when it has not rained for almost a month. The rainy season is about to end, and the lack of precipitation in Nsanje is a great cause of concern.

“If my farming was a business, I would say that I have made a great loss because the money and labour I put into my field is more than what has come out of after harvesting. I sometimes even regret and wonder whether investing the money in something else would have been best for me.”

Chasowa’s millet field is an eye sore. Every branch of the crop that should have been a healthy green is brown and lifeless. Worst of all, none is fit for harvest. Even the only surviving green branches which sprout on hollowed ground are of no use.

She stands in the middle of what she describes to me as a disaster and looks out into the distance as if re-imaging what could have been there but never was.

Poverty has worsened and is one of the harsh effects of climate change in Malawi and farmers like Chasowa are at the receiving end of an environmental crisis that they had no hand in.

According to environmental experts, the constant emission of greenhouse gases is causing southern Africa to heat up at twice the global average. This means that the possibility of the 1.5 degrees Celsius overshoot is closer than ever for nations in this part of the world.

Jolamu Nkhokwe, the director of Malawi’s Department of Climate Change and Meteorological Services, indicates that even though the geographical location of Nsanje district puts it at a disadvantage, global warming has largely contributed to the climate hazards experienced in that part of the country.

“In November last year the highest temperature we recorded of the area was 45 degrees Celsius, the highest registered since 1981. When we look into the future, we see Nsanje district continuing to receive heavy rains which will lead to flooding, drought and temperatures surpassing what we are recording now.”

If that  is anything to go by, there is a need for quick action before the situation goes from bad to worse.

Gloria Majiga Kamoto, Program Manager at the Centre for Environmental Policy and Advocacy (CEPA), is of the opinion  that climate change has been more prominent in the agricultural sector since farmers rely on rain-fed agriculture and mostly lack the necessary knowledge and expertise on adapting to the changes.

She further points out the need for various sectors to work together and thus to ensure that they build a resilient community.

“We can definitely appreciate that climate change has had negative implications on the country, especially the economy, because communities are facing challenges in accessing food and thereby requiring more assistance from the government. This has in turn put pressure on the authorities to devise means of cushioning the citizenry from more harm.”

To lessen the impact, Majiga-Kamoto suggests that various sectors work together to create a policy framework that is responsive to the needs of the people in the wake of climate change. She adds that this policy should not only focus on the agriculture sector but also the industry and energy sectors; this is due to the fact that climate change has brought  to light the need for more resilience in all sectors.

On the part of the government, a National Adaptation Plan is currently being developed to address the medium to long-term needs of Malawians. Also,  processes are underway to outline actions that will be taken by the government to address climate change adaptation and mitigation.

While Majiga-Kamoto argues that the country still has a long way to go in implementing and publicizing the Climate Change Management Policy, Taonga Mbale, spokesperson of the Environmental Affairs department in the Ministry of Natural Resources and Environmental Affairs, is confident that the government is on the right track.

The Climate Change Management Policy articulates areas of priority in the country, as well aspolicy actions and programmes required to address challenges caused by climate change.

“We have put in place an enabling framework for the management of climate change through various policies and strategies, such as the National Climate Management Policy of 2016, to ensure a coordinated approach to climate change management and we are putting together National Adaptation Programmes of Action to address urgent and immediate adaptation needs of the country,” Mbale explains.

The said programmes, however, have proven to be ineffective in terms of assisting those in need.

This is evidenced by the situation in Nsanje where Chasowa and her fellow farmers have little to no knowledge of the strategies set up by the government and how they can best be used to their advantage.

Last year, farmers affected by drought and flash floods were given free seeds to replant their crops. Nevertheless, according to…Chasowa, this initiative failed to yield its intended results as what they needed most at that time was food and not seeds to replant.

Developed nations are said to be emitting a large quantity of the greenhouse gases that have contributed to global warming and Africa only contributes 4% of the emissions.

This now brings in the issue of whether or not the country will seek assistance and compensation from developed nations after being directly affected by climate change.

According to Mbale, Malawi, like most developing countries, wants compensation for loss and damage and wants the matter to be treated separately from adaptation plans in climate change negotiations.

“This issue is under negotiation and it is anticipated that it will be discussed at this year’s United Nations Climate Change Conference. The loss and damage that occurs due to extreme conditions overwhelm the country’s level of adaptation, hence the need for it to be properly addressed,” Mbale says.

With the damage already being seen and felt across the world, is it possible to reverse climate change?

When asked, Jolamu Nkhokwe who heads the Department of Climate Change and Meteorological Services discloses that though it is not reversible, it is possible to adapt to the changes and eventually lessen the impact.

“Climate change is here to stay, and we need to adapt and work with the global community by planting more trees which will absorb some of the greenhouse gases that are being emitted.”

Government initiatives, such as irrigation farming, that were introduced in Nsanje in order to support farmers were turned down last year after similar interventions failed to assist in the prior years.

“We had irrigation programs which we hoped would assist us especially during a drought; it however did not turn out as planned because we did not get the bumper yields that we initially thought we would get and instead our replanted crops still dried prematurely.”

Even though such initiatives are set up for the good of the citizenry, Chasowa insists that what they need most when disaster hits is maize, which can see them through a year of little or no harvest. 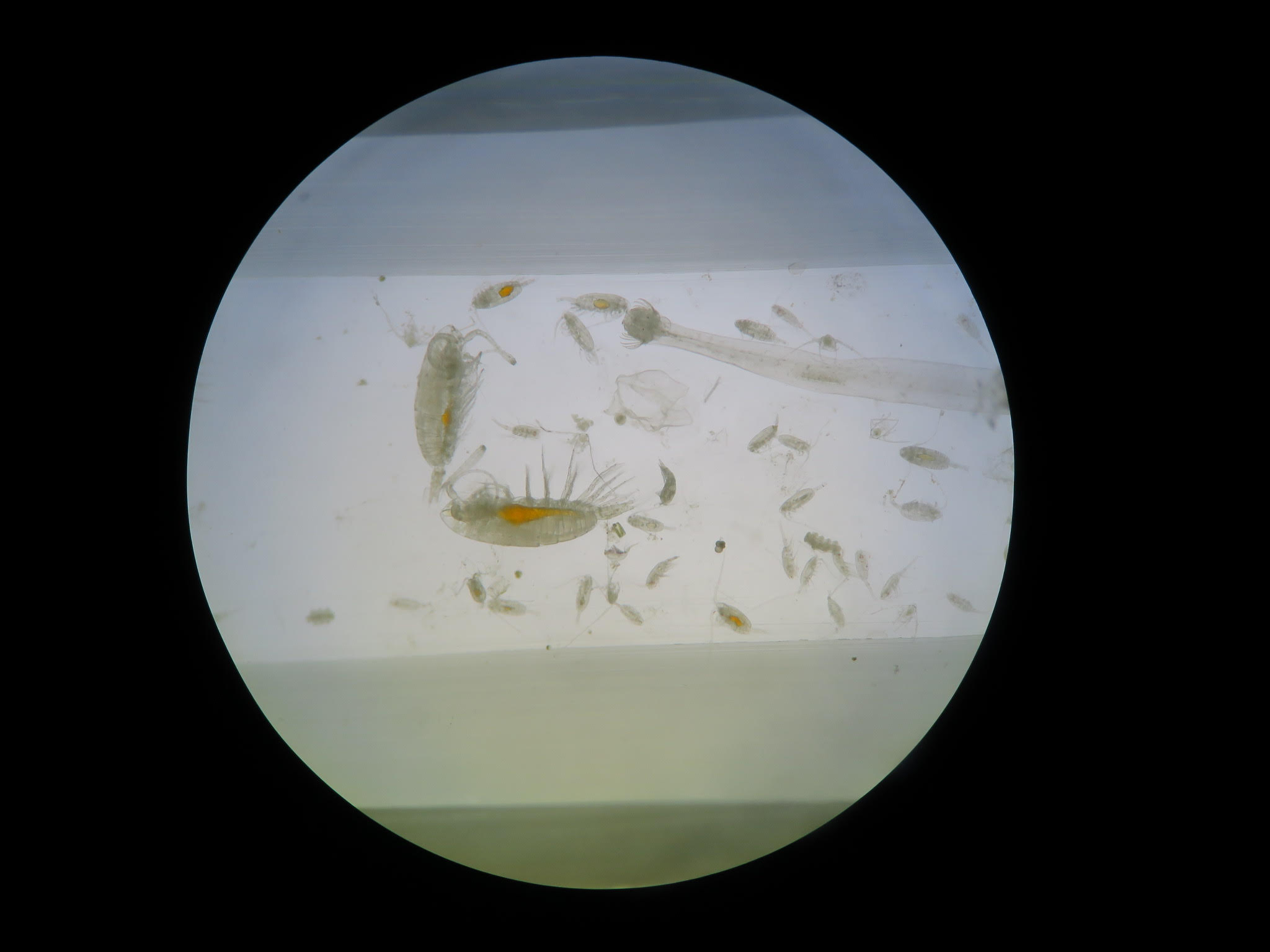