Report
Drought and Famine in Madagascar

We have abundant sunshine, but it does not bring us any good - all it brings is famine

Southern Madagascar is reeling from a prolonged drought and nowhere is this more apparent than in Ambovombe-Androy, the administrative capital of Androy, the most southerly region of the country where almost the entire population is suffering acute hunger and famine, known locally as Kere.

Residents of Antetibe, a small hamlet 8 km from Ambovombe, shrug helplessly and stare blankly into space whenever the subject of drought comes up. "We have abundant sunshine, but it does not bring us any good - it brings us Kere instead," they tell everyone, bitterness and disappointment written all over their faces.

Madagascar has 22 administrative regions. The regions of Androy and Anosy are nestled in the country’s southernmost tip. They are predominantly made up of the Antandroy and Antanosy communities which depend heavily on agriculture and animal husbandry for sustenance. The Androy and Anosy regions are favourable for the cultivation of sweet potatoes, cassava, beans and breeding of Zebu cattle. Many villagers here used to produce a lot of rice only a few years ago, thanks to abundant water from a river that ran through one of the villages.

All that is gone now. Searing heat has brought drought to the land. The hot weather is scorching plants and turning the soil red hot. The practice of cutting down trees for charcoal has further exacerbated the drought conditions.

No rain falls to water the crops and there is very little water left in the river beds. Watering holes dried up a long time ago. Changes in rainfall patterns have left villagers constantly guessing when to plant their seeds and when they eventually plant, nothing grows. Farming activities have been scaled back significantly.

Madagascar has always had intermittent droughts, and the south of the country is generally drier than the north. The inhabitants of the area are used to navigating different episodes of Kere. However, this current episode of drought, famine and vulnerability is unusually long and unusually devastating.

People complain about the very strong wind known locally as tio-mena that comes from the sea south of the Androy region. Tio-mena blows salt, sea sand and red dust northwards in its path and buries fields and homes with this debris. Add that to the heat and drought and the local communities are being pounded from all sides.

When I was doing this story, the temperature was around 32 degrees Celsius, unusually hot for a winter month. As I crossed the Mandrare bridge over a river famous for its abundant waters, I noticed that the water had slowed to a trickle, a testament to the changing countryside.

A village’s struggle for food and water.

Seeds have almost disappeared in Antetibe because more and more people are cooking them to survive. The fields are just not producing enough food to sustain families for twelve months. When the next planting season comes, villagers start scrambling for seeds. They walk from village to village begging or offering their labour to buy whatever seeds they can get.

A villager known as Rory admitted that when he finds beans, corn and millet seeds or potato cuttings, he often faces a dilemma over whether to plant the seeds or cook them to save his family from starvation. If he decides to consume his seeds, he has a second problem: he needs to find fuel such as charcoal or firewood to cook the meal. There are almost no trees left in Antitebe.

Rory explains: “The forests are depleted from charcoal production. This has increased the price of charcoal. Fetching firewood requires long treks which we often have to do on an empty stomach." When he cannot find fire wood, he uses sun-dried brushes and wood from abandoned houses.

When food is not available, the villagers' only hope is the fruit of cactus plants which they have used for years to alleviate famine, but this precious commodity is also disappearing fast due to multiple droughts and over-harvesting.

Rory’s village resonates with the voices of women expressing their daily struggle to fetch water. Water sources, known locally as vovo are drying up. “Drought has worsened our daily lives,” a woman known as Mitia explains. “We, the women of the village, must fetch water for our families, and it does not matter where the water is – we need to go there and get it”.

Another woman known as Béatriz explains that “We have already gotten rid of our cattle because we are forced to drink what little water we collect or purchase instead of giving it to our cattle. Our water sources have been dry for a long time”.

The Antetibe women confess that the villagers often go for days without bathing or doing the laundry because there is no water. Mitia adds: “When it rains, it is a little miracle. We quickly use the opportunity to wash ourselves and our clothes in the nearest puddle we can find and it's a party in the village. We even collect rainwater from puddles along the roads and canals and store it at home. Of course we know that the water is dirty and muddy, but after two or three days in a container, the dirt settles at the bottom of the containers and we consume the cleaner upper portion".

According to another villager known as Gado, there are people who walk more than 16 km to find water. The schools are half empty because even teachers spend many hours looking for food and water. "Money can no longer be wasted on treating illnesses, sending children to school, I want my children to help me earn money to feed the family."

The drought has created activities that were never thought possible and are pushing people to adopt survival strategies. The village children spend their time collecting and selling firewood and water to families that have the means. They also trek long distances to cut fodder which they sell to pastoralists.

The drought in Androy is causing mass migration towards urban centres. Starving villagers in the countryside have no choice. Cattle is sold at rock bottom prices and the proceeds used for food, debt repayment and migration. Even farm plots are being auctioned to help families survive. People know that selling off all their valuables now will leave them vulnerable but they just want to stay alive. That is their constant battle now: just staying alive.

Those who opt to remain in the villages also set aside a small amount to buy water from itinerant vendors who go around on small Zebu-drawn carts. People who have no money left do not even bother going to the local markets. “Everything is expensive, a 20 litre can of water costs 2000 Ar (around 0.5 euro). "How do you want my family to wash their hands? At the same time, we must protect ourselves against Corona?"

Curiously, there has also been a lot of climate migration from Androy to the slightly cooler neighbouring Anosy region which has slightly better rainfall, but only just.

Nysoa for example was forced to take her eight children to Fort Dauphin, capital of the Anosy region. She has since found work in a cobble stone quarry. Her children quit school to work with her from 7a.m. to 2p.m. every day. She explains that she has no choice. She has to do this low-paying, back-breaking work to buy food and gather enough money to return to her village.

Other people from Southern Madagascar are journeying much farther northwards, where they encounter issues of integration and acceptance. The streets of the main cities are packed with people selling Zebus, goats, sheep and even household items such as plates, spoons, pots, jewellery, etc. Some people have been filmed by international media boiling shoe leather to eat. Staying alive is a daily struggle and helpless crowds of starving people have to fend for themselves or, if they are lucky, they get food donations from the World Food Programme.

Madagascar is the first country in the world to face famine caused by climate change alone. The world needs to pay close attention to what is happening here. Who knows which country is going to be affected next? The major catastrophe that is unfolding in southern Madagascar is an urgent call for humanity to cut CO2 emissions quickly in order to cap global warming below 1.5 degrees compared to preindustrial levels. The world also needs to step in and offer more support to the long-suffering people who are enduring the consequences of a crisis they did not create. 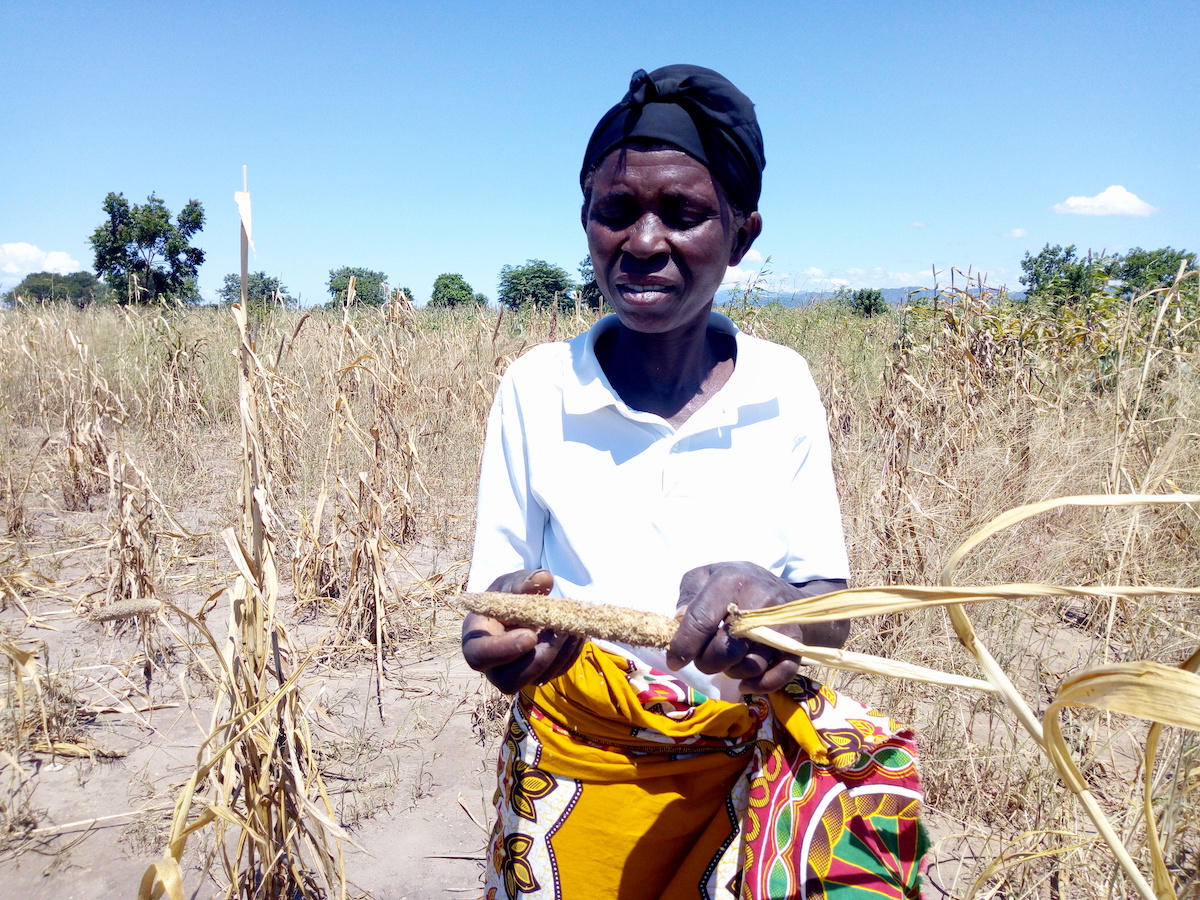 ReportEffect of climate change on farmers in Malawi 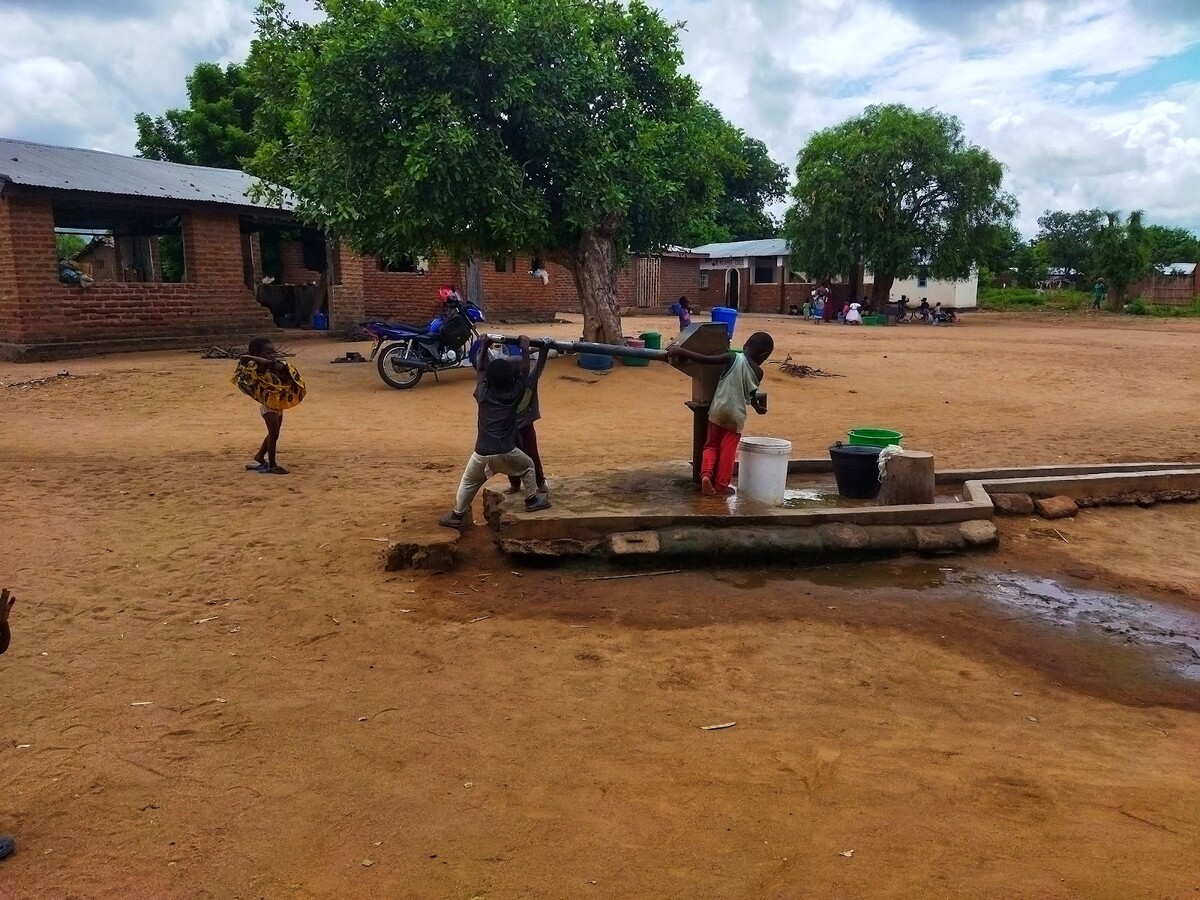