Namibia is one of the most arid countries in the world, with a high rainfall variability that makes it no stranger to drought. As the climate changes, the planet becomes warmer and drier, making arid countries even more susceptible to drought. The year 2013 was declared the driest year of the last three decades.

The Namibian government declared national emergencies in 2013, 2016 and 2019 due to extreme drought events that left the agriculture industry in dire straits. By the end of 2019, which was the worst drought recorded in 90 years, nearly 100 000 livestock perished; agriculture production was at an all time low; and the people of Namibia were left hungry and fighting to survive.

While most of the country celebrated the welcome pitter-patter of rain the past two years, the bigger part of the Kunene region is still bearing the brunt of a ninth year drought.

Plains of nothingness, brittle branches, scattered bones and a scorching sun are some of the words that paint a clear picture of the northern Kunene region of Namibia. Here some parts have been drought stricken for nearly a decade. Each year, ecosystems deteriorate further, diminishing grasslands and leaving farmers hopeless, gathering carcasses rather than calves.

Out of the seven constituencies in the region, only two are not as severely affected. It is a really dire situation. This region is home to indigenous culture groups like the OvaHimba, Damara and Herero who mainly depend on agriculture as a source of food and income. Angolan refugees also find themselves here after leaving their drought stricken country in search of a better life— a tragic irony because  they might be worse off in the arid north of Namibia.
‍

Although I was raised in this region, it feels like I’m worlds apart from my hometown. This is only my second time making the way up north to Opuwo, the capital town of Kunene. Leaving the lesser affected constituencies of Outjo and Kamanjab, I am struck by the change in scenery as fields of veld change into stretches of dust and dead trees.

On the outskirts of the crowded town, I see farmers in search of a lush green meal for their cattle. In this region it is a frequent phenomenon for farmers to travel with their livestock to the capital, either for the grazing land surrounding the city or for much needed support from the local farmers union and regional council.

Arriving at my destination, I pay a first visit to Daniel Ganaseb, senior administrative officer of the Kunene regional council. He volunteers to be my guide for the next two days.

“The region has been in an ongoing drought for the past nine years or longer in some parts. During these years, we assisted about 85 000 people from farming communities, including women and children. Although some people in the central areas received rain this year, most are still facing drought and struggling to survive. We still provide farmers with bales of hay to feed their animals because there is no grazing land left. Our help is not nearly enough for everyone either. The people are hungry too because when there is no rain, they can’t plant their crops,” Daniel says with an unsteady voice.

I can see the emotion in his eyes as he speaks these words. Daniel has been witness to the suffering while exclusively working with drought victims for the past four months.

A turn for the worse: The Tjiroja family

Driving a few kilometers out of town on a gravel road, we pass one small farm after another, all seemingly vacant or with a few curious faces staring into the void. Daniel explains to me that many of these farms are occupied by Angolan migrants and refugees who escaped their drought-stricken border provinces in Angola to escape hunger. “At least a thousand Angolan refugees live in this region,” he says. One of them is the Tjiroja family that put down their roots on this land 20 years ago.

Walking onto the unpaved property, all I can see is clay shacks, an empty water trough and the Tjiroja’s huddled under a tree.

Daniel introduces me to Klemedina, a young girl with a shy smile and gloomy eyes. She says she has been here for the past thirteen years, of which most were lived through drought. “If you want to see what the drought has done to us, I need to take you to the garden”, Klemedina says as we walk on cracked baked soil strewn with pieces of broken branches. “Our family lost more than 20 cows, mostly in 2018 — that was the worst year of all. Look around us, there is nothing, no grazing field and no water. So each day we need to travel with the remaining animals to the mountains for grazing and water to drink. We don’t have boreholes here, we only depend on the rain for ourselves, the animals and our crops. I don’t know about climate change, but I know that if there is no rain, there is no food.”

Her last words echo in my mind as we reach the entrance of “the garden”, or really what used to be the garden. Fenced off with a barrier of sticks and branches is a patch of land with nothing but a few trees and baked soil. “When I first got here, our family grew all kinds of crops and managed to sustain ourselves. Now we depend on food relief packages from the government, which we only receive every other month.”

Upon further research, I discover later that Namibian public services are already under immense pressure as more and more Angolan refugees migrate to Namibia in a cry for help. Since the beginning of 2021, more than four thousand refugees have entered the country.

A few kilometers down the road I can see some dark clouds building up, hopefully bringing rain to the parched areas surrounding Opuwo. Upon my arrival children and women appear from their shacks, all curious about this lady with her camera around her neck and book and pencil in hand. Daniel introduces me to Kangiri and Kakutetzua, the two main women of this Himba family. They have been living on this piece of land since 1994.

“We had more than 200 cattle but the drought took every last one of them. Now there are only some sheep and goats left,” Kangiri says as the sky roars behind her.

As I scribble down her words, I see a drop fall on my notepad and then another. In disbelief we all looked up and soon enough our faces were met with liquid sunshine. The family rejoices, some children hold their hands out to feel the drops, a boy stripped naked runs through the rain filled with laughter. The smaller children watch from inside the shack, I wonder if this is their first time seeing rain.

Soaking wet, we all gather on the floor of a half built room. At least here they can find some shelter when it rains. Kangiri stares blankly out the door and says this is the first time they received rain this year. “Last year was one of the worst years for us, many of the people here didn’t have food to eat for days on end. There was no rain to grow crops and the animals died so we had little to eat. This year has also been hard, hopefully this is not the only rain we will receive,” she says in anticipation.

To my right an older woman feeding her baby catches my attention, she stares at me with almost desperate eyes, rubs her belly and mumbles something in a language foreign to me. I almost know what she is saying, yet I look to my guide to translate, “She says she is hungry, she hasn’t eaten anything for three days now.”

On our way back home Daniel explains to me that many of the farmers in these parts are from the traditional Himba tribe and they especially have felt the full impact of the drought. “You have to understand that the Himba’s consider cattle to be diamonds and now they have lost all their diamonds. Most of the Himba farmers lost everything and had to leave behind their heritage and traditional way of life to find a job to feed their families.”

As we make our way back to Opuwo, I sit in silence, contemplating the suffering I witnessed today.

As the just-risen sun shines on the long road ahead, Daniel takes me 150 kilometers further north to Sesfontein.  He says that this part of the Kunene region is the constituency most severely affected by the drought.

There I am met with a strong handshake from Petrus Ganuseb, the deputy chief of the NamiDaman Traditional Authority for the Damara cultural group.

When I ask him if this area has been in drought for a long time he answers with a chuckle, “Not just long, but rather an unbearable and agonising long time. Our tribe has essentially lost all our livestock, even the donkeys - and when the donkeys die, you know you are in a bad one.” What he says sounds strange, but it is true. Donkeys are extremely adaptable animals that can survive in almost any climate condition. Seeing these animals unable to adapt and succumb to the dry conditions is testimony to the devastation that this drought has brought, and still brings.

Petrus says some of the farmers managed to gather funds to lay pipes from fountains to their houses - the only source of water available right now.

He is referring to the six fountains that can be found within the vicinity of this settlement area. It is also where the name Sesfontein, directly translated as Six fountains, originates.

Daniel and I say our goodbyes to Petrus and go looking for fountains. We find one of the springs inside the settlement. Although it is fenced off, we and any other person can come and go as we please. Inside, goats roam free and the water is littered with plastic.

Daniel shakes his head in disappointment, “These fountains and springs are the only source of water that these people have left, but as you can see there is no control. Here people can use as much water as they want. Other springs are closed off, but are overwhelmed with pipes that feed water into the community. Some of them completely dried up due to no rainfall and overuse, yet not even half of the community is connected to the source. What will happen to these people if the fountains dry up?”

As if he is giving me a parental guidance disclaimer, Daniel prepares me for the disquieting sight that awaits at our final destination, Anabeb Conservancy - or The Graveyard as I dubbed it following my visit.

As we enter the protected area, the sweltering sun brings the temperature up to 42°C. The ground is dusty and frail trees act as tombstones for cattle carcasses. Passing one carcass after another, sometimes only meters apart, I am left voiceless and overcome with grief.

“The situation in this region is no joke. Drought is no joke. I honestly don’t know what will happen to all these farming communities if we don’t receive rain this season".

"Maybe the rain is the government. If it rains, there is food. If it does not rain, we suffer’,” Daniel says in a jarring voice as we make our way out of Anabeb. 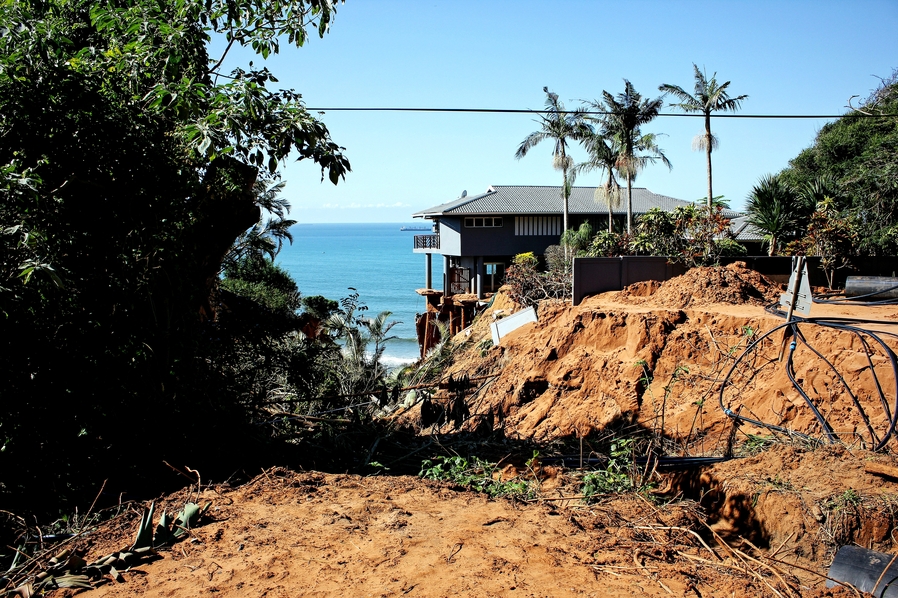 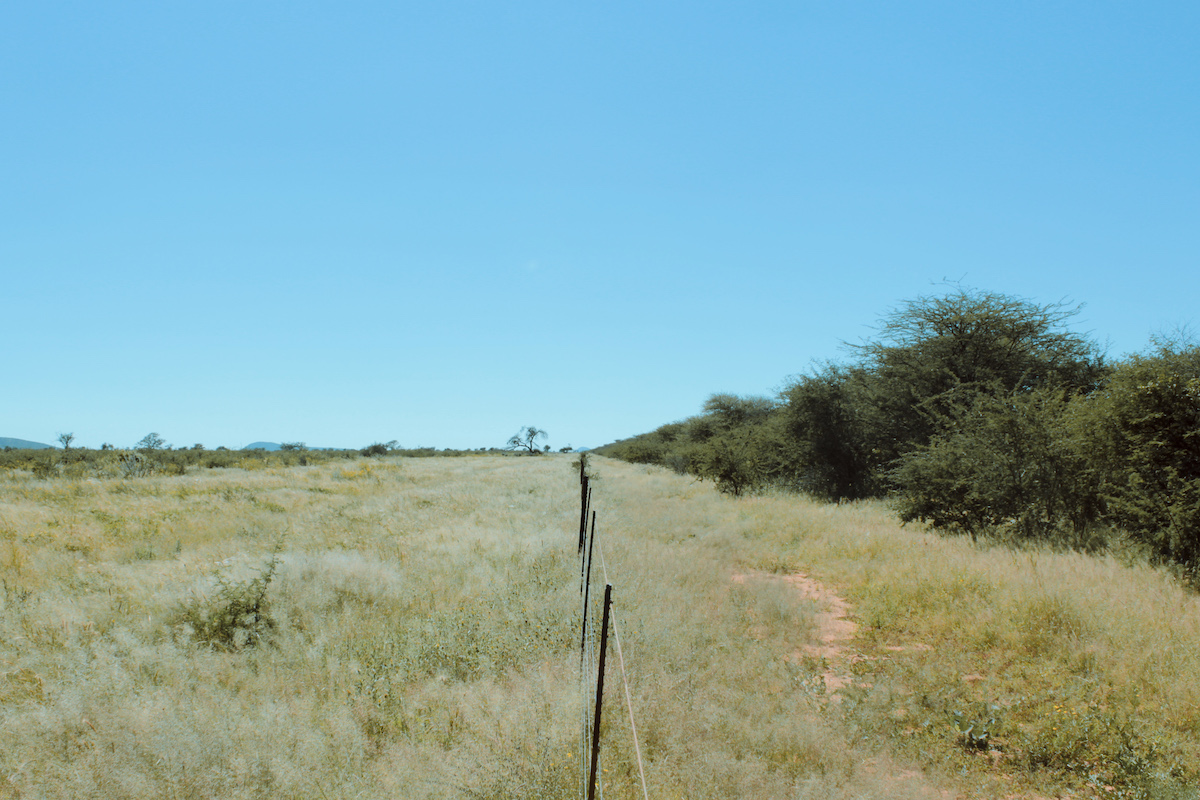