For a country of 14.9 million, Zimbabwe’s energy needs are much greater than installed capacity - 1700MW - can cover. In comparison, neighbouring South Africa produces over 60,000 MW of power for a population of 59 million people. Zimbabwe’s electricity penetration rate of 44% leaves nearly three-quarters of the country's population in the dark. Now, climate change is making this already difficult situation even worse.

Energy Transition: Is Zimbabwe Catching Up With the World

It is a little after 3 p.m. in Harare. Tapiwa and some classmates are walking home from school. Tapiwa lives in Stoneridge Park, a suburb bedevilled by never-ending water and electricity challenges. One of her friends is regaling the group with a story, but all that she can hear is her math teacher’s voice issuing a plea: “please do my assignment before you go to bed!”

Tapiwa is wondering if they are going to get electricity at home today. There was no power all evening yesterday, and the day before that and the day before that. There was no water either, and she had spent a few hours at the neighbours’ place doing laundry (the neighbour has a borehole in his yard). Tapiwa had paid a couple of dollars to use the borehole. Running around the neighbourhood trying to charge phones or get water tends to mess up her homework schedule.

Tapiwa and Stoneridge Park’s struggles with electricity are not unique. They reflect a wider challenge that is affecting the entire zimbabwean nation. Zimbabwean towns and cities have grown significantly over the years and water and electricity infrastructure upgrades have not kept pace with demographic growth. In Harare’s case, electricity and water infrastructure originally built for half a million people is now shared by over 2.2 million people. From Chitungwiza to Budiriro, Kambuzuma, Glen Norah etc.: no suburb is a stranger to blackouts and some neighborhoods have been going for up to 20 hours per day without power.

Now, climate change is making it harder and harder for people to survive, prompting questions about what the country is doing to start its own just transition programme. What with inflation growing and revenue plummeting during the Covid-19 pandemic, these are not questions that government officials want to deal with right now.

For a country of 14.9 million, Zimbabwe’s energy needs are much greater than installed capacity can cover. Zimbabwe’s electricity penetration rate of 44% leaves nearly three-quarters of the country's population in the dark. By way of comparison, neighbouring South Africa produces over 60,000 MW of power for a population of 59 million people.

Electricity access level in rural areas is only 20%. Many people in areas like Matabeleland North and South, where most houses have remained disconnected from the national grid have to walk several kilometers every day to households and businesses where there are generators and solar PVs to charge their devices. Without electricity, these people have no access to clean water, internet connection, radio or television services. A number of Non-Governmental Organisations are trying to resolve these challenges by setting up solar-powered boreholes in in rural areas especially.

The Kariba South Power Station is the single biggest source of power for Zimbabwe. The plant used to supply only 750MW of electricity, but after revamping work done in 2014, it now has installed capacity of up to 1050MW. However, after the investment in the plant, electricity supply in both Zimbabwe and neighbouring Zambia has not improved at all. This is because recent extreme weather events in the sub-region have been devastating. Successive droughts in the past half-decade have led to low water levels in Zambezi River, which supplies Lake Kariba, and the Kariba South Power Station plant now frequently produces only a fraction of its capacity.

In 2019, authorities were forced to reduce power generation to a third of the Kariba plant's capacity due to low water levels. Zimbabweans endured load shedding for up to 22 hours per day. This had ripple effects on the economy. Some manufacturing plants had to remain closed for long periods. Small businesses invested in expensive diesel-powered generators while others resorted to operating during the night when power was restored.

In other extreme weather phenomena, areas such as Chimanimani and Chipinge that were hit by Cyclone Idai in March 2019 were left without power for many months after electricity cables were destroyed by the tropical storm. The marooned communities in this eastern part of Zimbabwe had to go for months without electricity until the authorities repaired it with support from donor organisations. Infrastructure including road networks, electric cables, telecom substations, schools, and houses was destroyed. The World Bank estimates the total costs of Cyclone Idai damage in Zimbabwe at $622 million.

Too slow in switching to renewables

Although the cost of solar and wind has dropped dramatically over the past decade, the Zimbabwean state has been slow to adopting a renewables policy or even investing in micro grids. By 2018, Zimbabwe had only 5MW of grid-connected solar capacity, well below the country’s potential (Zimbabwe has a solar potential of 16-20 MJ/m²/day, 1000MW potential power from biomass, and significantly smaller hydropower potential of 150MW.

Now, citizens are taking it upon themselves to transition to solar energy to keep the lights on. Take a walk through urban communities and you will see rooftop PVs everywhere, a testament to the growing appetite for community and independently owned green energy sources. Zimbabweans with renewable energy enjoy uninterrupted power provision in a country where power cuts have become the norm. These are by and large upper middle class households.

The Zimbabwean government recently adopted a policy to purchase surplus electricity from owners of micro solar PV infrastructure. This means that households can now wheel excess capacity on to the national grid.

Looking to the future: A hamstrung government in search of partners.

Zimbabwe’s government is very much aware of the need to reduce greenhouse emissions as well as expand its installed renewable capacity. Its plans are captured in a blueprint entitled Zimbabwe Renewable Energy Policy. The policy was launched in 2019 to reduce the country’s Greenhouse emissions by 40 percent by the year 2030. One of the ways the Zimbabwean government hopes to achieve this objective is through the expansion of renewable energy to 26.5 percent by 2030. This includes investment in hydro energy, solar energy, and biomass. The country’s position is that it will also continue using coal as a power source since it has no financial capacity to pursue other cleaner sources of energy.

In his speech at COP26, Zimbabwe’s President Emmerson Mnangagwa blamed EU and US-imposed sanctions for slowing down climate change mitigation efforts. He also launched an appeal for nations to honour their Paris Agreement pledges:

"Developed nations need to widen access to climate finance as soon as possible. Sadly, the longstanding pledge to contribute $100bn annually to help developing countries deal with the effects of climate change has been elusive. The wealthiest countries must set an example and speed up this financing. All it demands is political will.”

Zimbabwe has an estimated two billion tonnes of coal deposits in Matabeleland and the fact that China unilaterally decided to pull the plug on its coal power projects in the country must have hurt badly. That put paid to the $1.5 billion Hwange Power Station expansion project.

Currently, Zimbabwe has over 90 licensed independent power producers but the majority of them are struggling to access funding. Zimbabwe participated in COP26 and was one of the countries at the forefront of pushing rich polluting countries to compensate poorer countries for loss and damage. Zimbabwe’s President Emmerson Mnangagwa is on record stating that countries in Africa, South America, and parts of Asia should form a united front and hold western countries accountable for funding transitions to renewable energy.

Africa contributes only 4% of total annual CO2 emissions and Mnangagwa is right to demand that rich nations pay up now. However, such calls should not happen only in the build up to COP events. Global South leaders need to be more vociferous in their fight for climate justice. 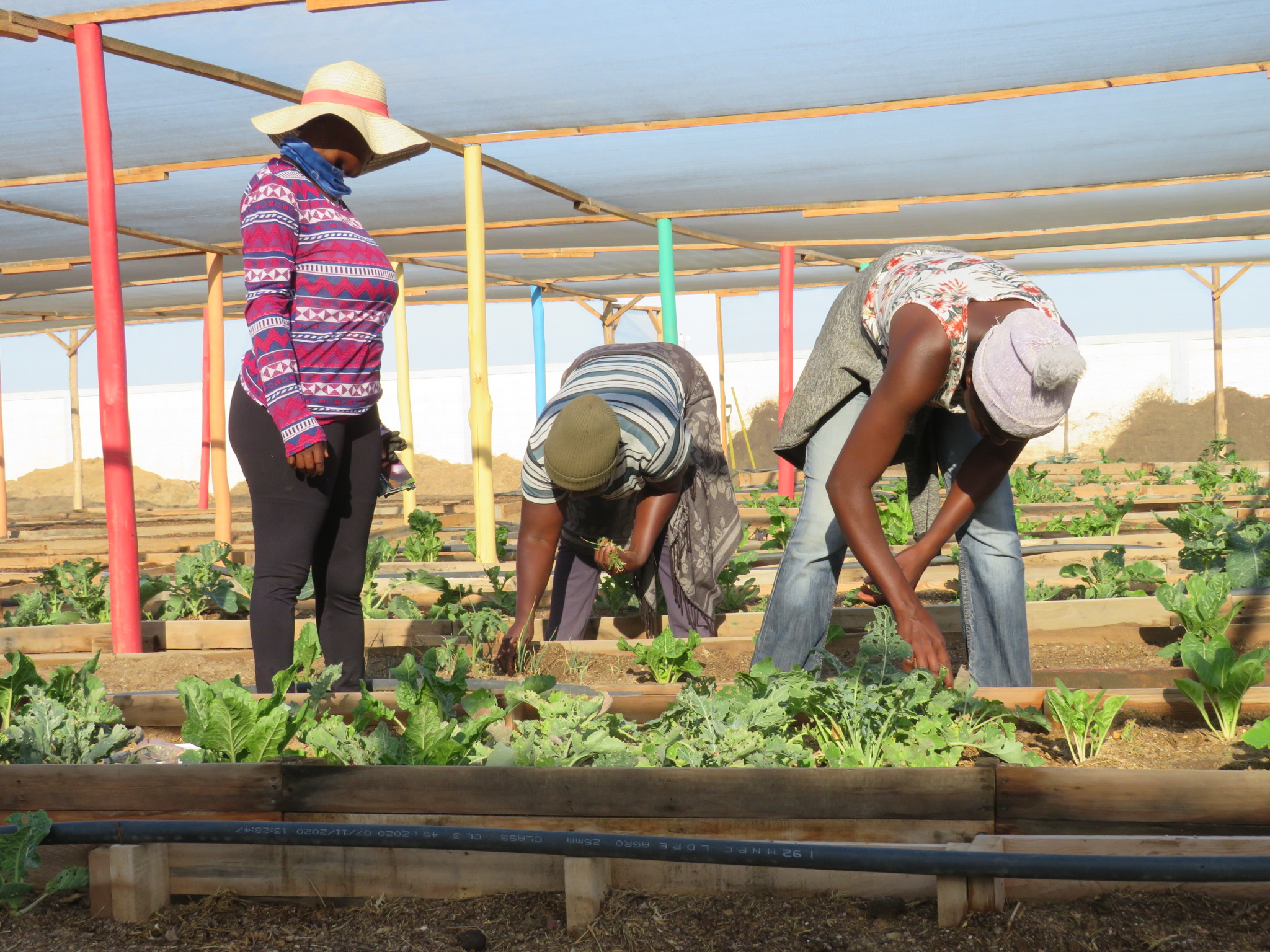 ReportFood Sovereignty and drought in Namibia 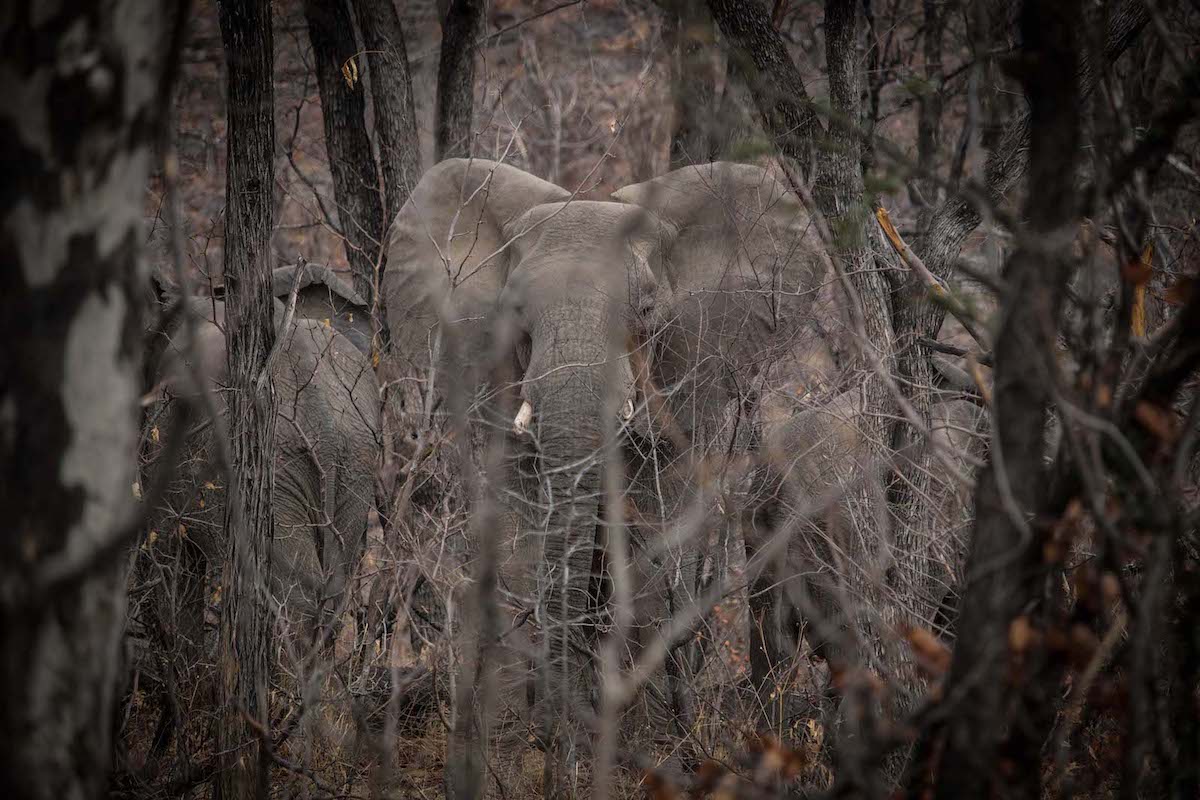