South Africa is Africa’s biggest greenhouse gas emitter, largely due to coal mining and coal-fired energy production. Twelve out of 19 coal-powered stations in the country are in the eastern province of Mpumalanga, some 300 kilometres from the city of Johannesburg. The cost of that is everywhere to see; the province’s air and water are heavily polluted, the land is degraded, and its people unhealthy and impoverished.

It is a sunny morning, after four days of belting rain, and the Khuthala Environmental Care Group is meeting in the breeze at its headquarters in Wesselton Township in Ermelo, Mpumalanga. Zethu Hlatshwayo, the group’s spokesman, is leading the meeting. His petite body and gentle voice belie the fact that he is highly respected by his community for his relentless fight for their rights and the environment. “Zethu”, as he enjoys being called, studied Electrical Engineering at Enkangala FET College, and once worked for the state-run electricity provider, Eskom. The 37-year-old father of three, born and raised in the coal-rich Mpumalanga, is now an avowed activist.

Right after the meeting, Zethu takes us on a tour around the area and to the places that he visits on, almost, a daily basis. His organization, Khuthala Environmental Care Group, advocates for the rights of the communities living side-by-side with the coal mines, engages with the authorities for environmental protectionand for the promotion of social justice. In an area where the production and consumption of coal is clearly visible all around, it comes as no surprise that his work has a lot to do with mining and its debilitating consequences.

We drive to Imbabala Coal Mine that used to supply coal to Eskom power plants but was shut down in 2011. Since then, nothing has been done to properly close and rehabilitate the dangerous, open mine. Located in a wetland, it is in the middle of three townships. There are three large pits, now filled with dirty, stagnant water which has turned green. Animals are feeding on the edges of one of the pits. Children are chasing each other close by. Students, in their school uniforms, walk on the footpath towards home. Fourteen people, including children, have died by falling into the pits, Zethu tells us. Around here, the place is known as the “death traps”.

It smells of rotten flesh. There is a huge pile of dead animals – mostly cattle, in a corner of one of the pits. At the second large open pit, massive stones sit delicately on top of each other. One wonders what would happen at the slightest shake. The cracked ground is a painful daily reminder to about 50 families whose houses are cracked too, allegedly from the impact of blasting when the mine was operational.

“It is sad to see people living next to such a deep cliff. The people who dug are nowhere to be found. They are somewhere enjoying themselves while we pay for the damage they have left here. And because it’s an open cast, the air pollution on windy days is very bad,” says Zethu.

The extraction of the so-called “black gold” has serious consequences for the environment. In 2019, environmental NGO Greenpeace, using satellite data tracked by NASA, found that Mpumalanga is the largest Sulphur Dioxide (SO2) emission hotspot in the world from power generation. Greenpeace attributed the high emissions to the concentration of coal-fired power stations, bad technology, and poor regulation. Mpumalanga has 12 coal-fired power plants operated by Eskom, and chemical and energy company Sasol. But this is just one side of the story.

The other side of the story is the decline of coal prices on global markets and a growing campaign against the mineral. In the global fight for sustainability and green methods of energy production there are only few other minerals with a worse reputation than coal. This has resulted in the departure of some of the big mining companies shifting their focus to other means of energy generation and left mines in the region abandoned. According to a recent report by Thomson Reuters Foundation, there are up to 6,000 abandoned mines in South Africa. In situations of unemployment, lack of jobs and opportunities that those in the surrounding areas are facing, abandoned mines are still in use by informal artisanal miners.

It is within this setting that Zethu and his team at Khuthala Environmental Care Group do their work. They fight for those who have suffered—and continue to bear the brunt of – pollution, degradation, environmental and structural damage. And those who continue digging in the mines – an invisible workforce that often used to work for the energy providers – suffer from chronic diseases and constant fear.

We move on to another abandoned mine whose name might seem cynical: “Golfview”. In contrast to Imbabala, it is still active, meaning that there are informal workers surviving from the resources they extract here. Golfview is an underground mine. In 2015, it took fire, and even now flames are visible. The land here is burnt and cracked. Former operator Anker Coal and Mineral Holdings ceased operations in 2010 and was fined for environmental transgressions while mining.

Zethu’s team is joined by an elderly man, Bangizwe Madonsela. “Ubaba Madonsela”, as Zethu respectfully addresses him, worked for mining companies including Golfview from 1978 to 1999. The father of nine complains of chronic ill-health, reminding Zethu not to be deceived by Ubaba’s appearance. Ubaba says he developed chest pains due to poor working conditions in the mines. In this community, Ubaba is not the only one suffering from chronic health complications. In a September 2020 documentary by Thomson Reuters Foundation, a nurse from the local clinic estimated that 30% of the patients they see have respiratory problems. Coal-fired stations in South Africa cause over 2,200 deaths from heart diseases, respiratory infections, lung cancer and strokes each year, according to a 2017 study commissioned by environmental justice organisation, ground Work.

At Golfview, a dilapidated shelter covers the deep, dark entrance, with 84 slippery steps, which lead to underground tunnels. We meet a group of about 10 artisanal miners sitting at the shelter having a chat. As they speak, a 31-year-old artisanal miner, Bonginkosi Mhlanga, emerges out of the mine hauling a 50kg bag of coal on his shoulders. Mhlanga, whose ambition was to work as a blaster at the mines, says this is the best job he could get. He tried formal mines and construction companies. He travelled as far as Johannesburg in search of work- with no luck. “I have tried but I failed because I do not have qualifications. I have not gone to tertiary,” says Mhlanga.

Zethu, the local NGOs leader, knows many cases like that. “People from Mpumalanga Highveld struggle to find employment”, he says.

“They are lacking skills and suffering poor health. They fail to get a red ticket” – a required fitness medical certificate – “because we are living in this highveld region which is highly polluted.”

The Government has set targets and promised a just transition to greener energy. Last year, in his pledge during the climate summit in New York,President Cyril Ramaphosa announced plans to turn Mpumalanga into the envy of the world. He has established the Presidential Climate Change Coordinating Commission (PCCCC) to coordinate the transition to a low carbon climate and resilient economy and society by 2050. In October 2019, the South African cabinet approved the long-awaited Integrated Resource Plan (IRP2019). Zethu says such statements and pronouncements are all but hollow. What the people need to see is less talk, more action: “All these are beautiful, nice words but when you move to implementation, nothing happens. Those things remain on paper and never materialise.” Zethu expresses exactly what a lot of local people feel.

To get an impression of the underground world in the mines, my colleague Emmanuel Croset accompanied the artisanal miners to their workstations, explaining his experience later. “I came to realise what these men have to endure in the tunnels that they call their office: a daunting task of walking quickly, mostly crouched over, heaving for a lack of oxygen through the humid underground labyrinth.

“After 15 or 20 minutes of navigating through the dark tunnels, I met a young man drenched in sweat. Holding an axe pick in one hand and leaning against the coal wall of the tunnel with the other, he announced, ‘Yoh! I’m tired, I wanna smoke’.

He pulled out a cigarette butt and started what turned out to be a nearly impossible task of lighting a matchstick. I found the scene rather comical as he seemed to be fighting the odds of conjuring up enough oxygen this deep in the tunnels. It is only later that I learned that lighting a cigarette in a coal mine could have disastrous consequences as pockets of gas and coal dust are released when breaking off coal – an explosive cocktail that could be the end of us all.”

“On our way back up, I encountered other miners walking up the stairs, each lugging two 50k bags on their backs. I was told that this was their first ascension after staying inside the mine for several days with only a poor-quality headlamp, an axe pick and no protective equipment.”

We continue our tour with Zethu, and our next stop is Bambanani. There is no other place where one can better observe the sharp division between national energy demand and a simultaneous neglect of the local community than here. Camden Power Station can be seen from the village. Large plumes of smoke are billowing, a reminder of South Africa’s heavy reliance on coal. Eskom and Sasol contribute 50% of South Africa’s gas emissions, reports Bloomberg. At the same time, the Khuthala Group fights to get basic services like piped water and electricity for Bambanani residents.

We meet Moses Madonsela, a resident of Bambanani, outside of his two-roomed house. Madonsela struggles with his crutches but jovially hugs and offers Zethu an old plastic chair. Moses worked at a power station from 2004 to 2013 when he started struggling with pain in his legs. He now relies on a R1,700 pension to take care of his household of five. The village relies on water tanks, charcoal, coal, firewood, and candles.

“The main problem is water. Since 1994, when they started freedom, our only freedom is the borehole. We are surrounded by seven mines but no jobs. When they are blasting, we are affected because they are using some chemicals,” says Moses, adding they are only remembered by politicians during election campaigns.

In the words of political ecologist, Victor Munnik, “Mpumalanga Highveld, the landscape and the health of the people, is sacrificed to generate electricity for the rest of the country.” Zethu is nodding heavily when we talk about that topic. But at the same time, it is not an option for him to give up and to let the people of the region – in the words of Munnik – be sacrificed. He tries to create rays of hope for his communities even though the world here does not look very promising. His demands are crystal-clear.

“First, the government must rehabilitate abandoned mines, enforce compliance among those in operation and invest in better technology. It is sad to see that Mpumalanga has 200 years of coal underground but the people on top don’t have anything. We are fighting for justice. We have no other choice,” concludes Zethu. 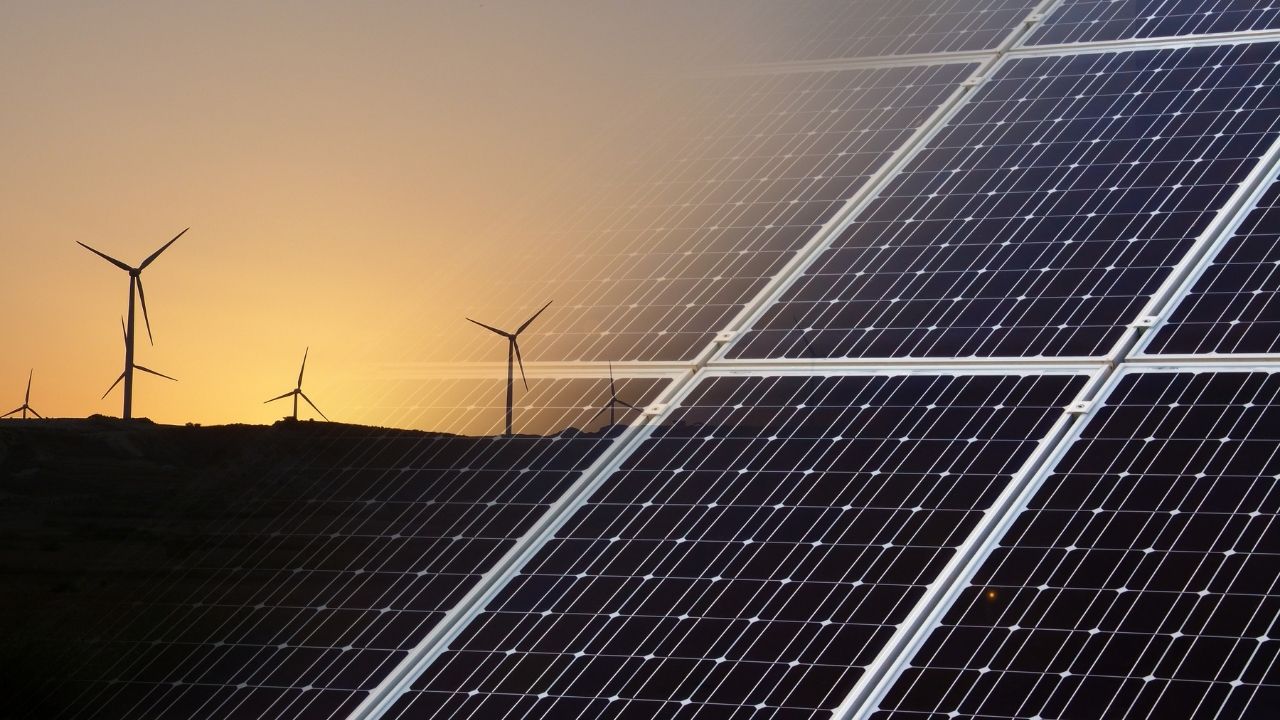 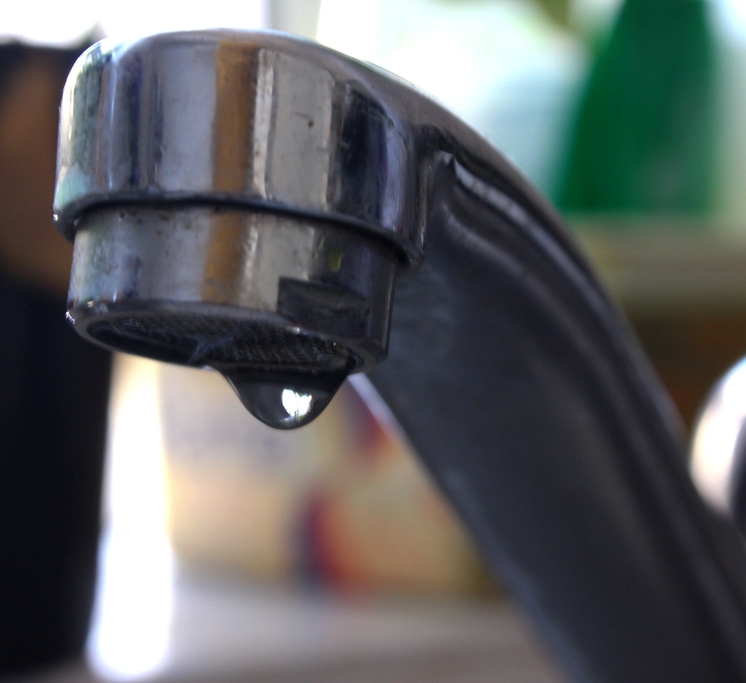