Senegal, like most African countries south of the Sahara, is struggling with an unprecedented crisis caused mainly by persistent climate change. The effects of this phenomenon can be seen in increased temperatures, rising sea levels, growing greenhouse gas emissions, ecosystems degradation and drop in agricultural production which threaten the livelihoods of communities that are dependent on agriculture and fishery. The ocean front is also changing dramatically.

On the initiative of the Rosa Luxemburg Stiftung, and in partnership with local actors, a number of workshops brought together the following affected regions of Senegal between April 8th and 14th, 2021 to discuss climate justice priorities and launch a movement: Casamance (324 Km south west of Dakar); Saloum Delta (120 Km south of Dakar), Bargny (28Km from Dakar), Mboro (117 Km north from Dakar) and Saint Louis (in Northern Senegal). Raising the issue of justice means calling for responsibilities in the assessment of the impacts of climate change but also for solutions. This is important for present and future generations. The justice factor is important because it raises the risks and uncertainty caused by climate change to political actors in order to determine how to regulate and manage impacts. The activities held recently represent the birth of a West African climate justice movement which begin in Senegal.

Bargny is located 35 km from Dakar. Its main economic activity is fishery. Coastal erosion there has led to the displacement of thousands of families. The city has also suffered from 50 years of pollution by a cement factory SOCOCIM as well as a coal power plant built ten years ago without the approval of the surrounding communities. ‍

The Saloum Delta was recognised as a world heritage site by UNESCO in 2011. These Islands are facing the severe consequences of climate change though coastal erosion (land lost), increased soil salinity destroying agrarian activities, and drop of fishery production.

‍Mboro is famous for the mass production of vegetables exported to many West African countries. Unfortunately, it is the home of many fossil fuel companies like ICS (Senegalese Chemical Industries) which produces phosphates and GCO (Grande Côte Opérations SA (GCO) which mines Zircon. The effects of these mining activities contribute inevitably to the destruction of the environment through pollution and reduction of water for agricultural activities.

The city of Saint-Louis is facing significant ecosystem collapse linked to Climate change with major consequences on the environment and socio-economic activities. The effects of climate change are the most visible in the Langue de Barbarie since the opening of a breach there in 2003 which caused severe flooding. Actually the breach is 5,2 metres high and it has changed the entire biophysical characteristics of the area. Activities such as vegetable gardening in Gandiol (South of Saint-Louis) is affected by salinisation overflow of sea water into the peninsula. The villages of Doun Baba Dièye and Keur Bernard have disappeared due to sea water overflow.

The historical and natural region of Casamance is often presented as Senegal’s granary. It is located in the south-west of the country, between Gambia and Guinea-Bissau. The impacts of climate change in Casamance are visible with more and more people abandoning rice cultivation due to salinisation of agricultural land caused by the encroaching sea. Within the villages bordering the Atlantic Ocean, many people have been left homeless after the sea swallowed their houses, and faces with mounting problems such as deforestation, salinization of drinking water sources and farmland and a sharp drop in rainfall.

The main goal of the workshops was the establishment of a local initiative for climate justice based on the lived experiences of the chosen parts part of the country. There is indeed, like in all of West African countries, an urgent need for a local climate justice movement to highlight the challenges of the region as well as to harness existing energies and solutions. The movement can serve as a platform bringing together a broad base of individuals, organisations, networks and other related movements. Communities from the grassroots would use this opportunity to make their voices heard at political level. Economic and developmental issues arising from climate impacts would also be discussed. People would be able to make inputs on national climate policies before they are adopted. Academics, activist and researchers would be able to make in-depth political analyses of official national and global strategies.

The procedure was the same in both workshops. There were discussions which focused on a diagnosis of the impacts of climate change in the different communities and the different traditional and modern techniques of resilience they used. In terms of structures, the workshops further provided the opportunity to develop an organigram for the climate justice movement and to start identifying leaders of the movement. The RLS video on the effects on climate change in the Saloum Delta was projected as a reference document for comparison between the different affected areas. The different feedbacks showed that the reality is not different because participants could identify themselves with the affected communities in the video. Even if the concept “climate justice” was very new for some of them, the feeling of living such an injustice was deep and not new. It came out from the discussions that climate justice must begin locally, that when trees are being abusively cut, it is a kind of climate injustice.

Climate justice calls for responsibilities and this message should be conveyed to different actors and stakeholders: communities, political fora and the international community, especially the industrial countries. It is certain that concerted efforts are also being made at the national and regional levels to combat problems such as deforestation and desertification. Although there are climate justice activist groups in the West Africa region, and some are even active in continental movements, the general attention is not focused on critical concerns of the region or local communities. The meetings wanted to address the real issues and target the real actors on the ground.

Participants adopted a number of different strategies. In both the Ziguinchor and Toubacouta meetings, the recommendations were to sensitise the populations for a behaviour change and to change the relationship between man and nature. Grassroots communities were targeted in order to have a real environmental awareness and real data on the experiences of populations in areas where climate-induced environmental collapse is being felt the most. This could promote community activities of ecosystems protection and restoration.

It was agreed that the second level of climate justice advocacy should be oriented to local authorities, the State of Senegal and the international community. West Africa contributes a very tiny percentage of global CO2 emissions but it belongs to the most affected region of Africa. This calls for activists to bring the problem to the world’s attention.

In Ziguinchor, a number of commissions (programs and knowledge production, gender and community mobilisation, institutions mobilisation, partnership and cooperation, and communication) and focal points were created in both workshops. Ziguinchor suggested the name Ziguinchor Climate Justice Movement. Toubacouta proposed to call their group MPPNCD (Movement for the preservation of the national and cultural Heritage of the Saloum Delta).

They adopted Aar sunu moomel which in Wolof means protecting our belongings. The movement is composed of commissions for environment, culture, communication, orientation and science. Each group agreed to act as a working group to reflect on program contents. After Ziguinchor and Toubacouta, Bargny, Mboro and Saint-Louis will organise similar workshops and appoint focal points. The next step is bringing together the different focal persons in a climate school to federate all these efforts around a united climate justice advocacy programme in Senegal and in West Africa.

To maintain the dynamism of the movements and facilitate interaction, WhatsApp groups were created. Finally, a group was created as a focal point that would link up with the other groups (Bargny, Mboro and Saint Louis). After it has been set up, the climate justice movement in Senegal and West Africa is expected to be fully connected to the continental movement. 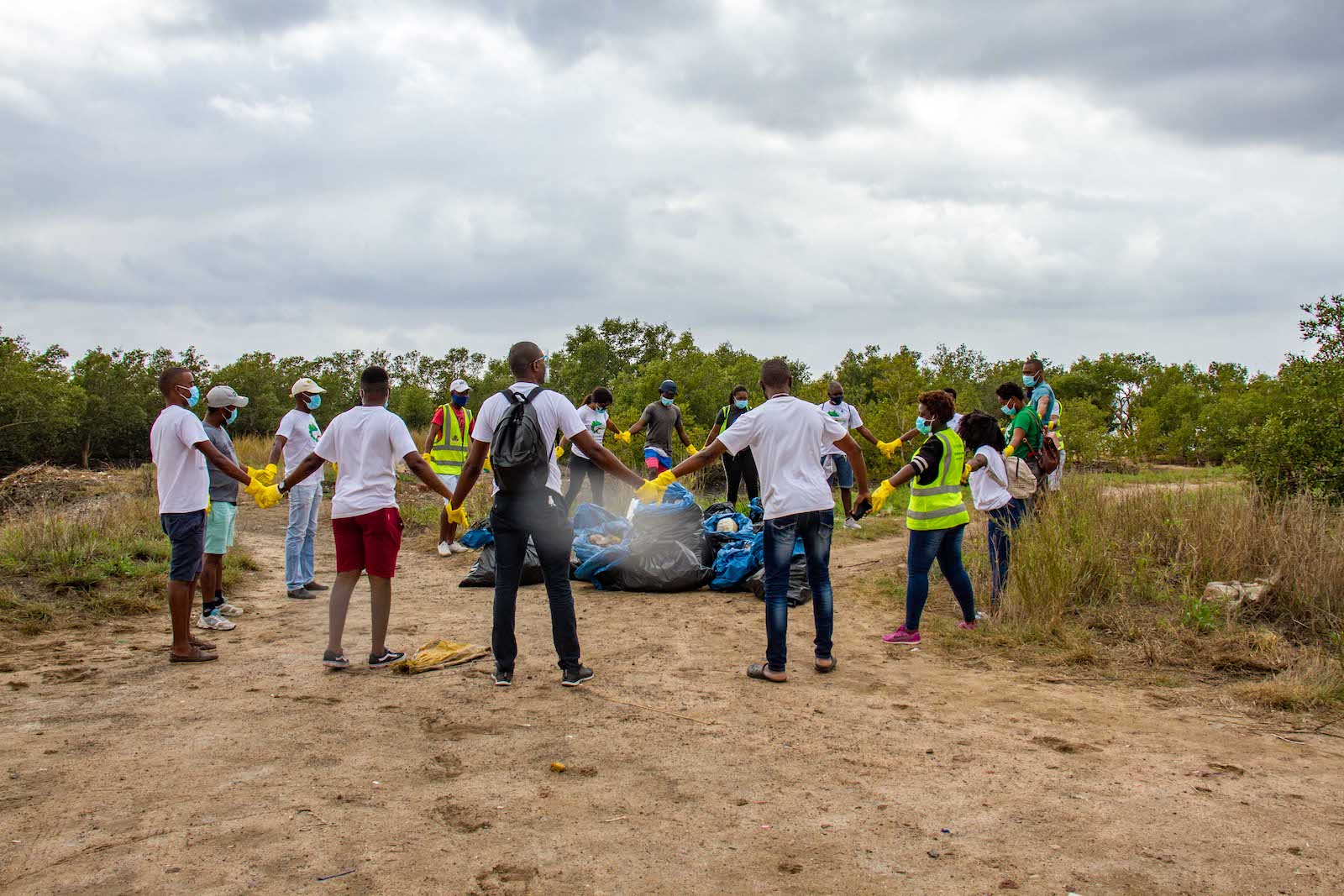 Cyclone Idai: A Wake Up Call from nature for Mozambique 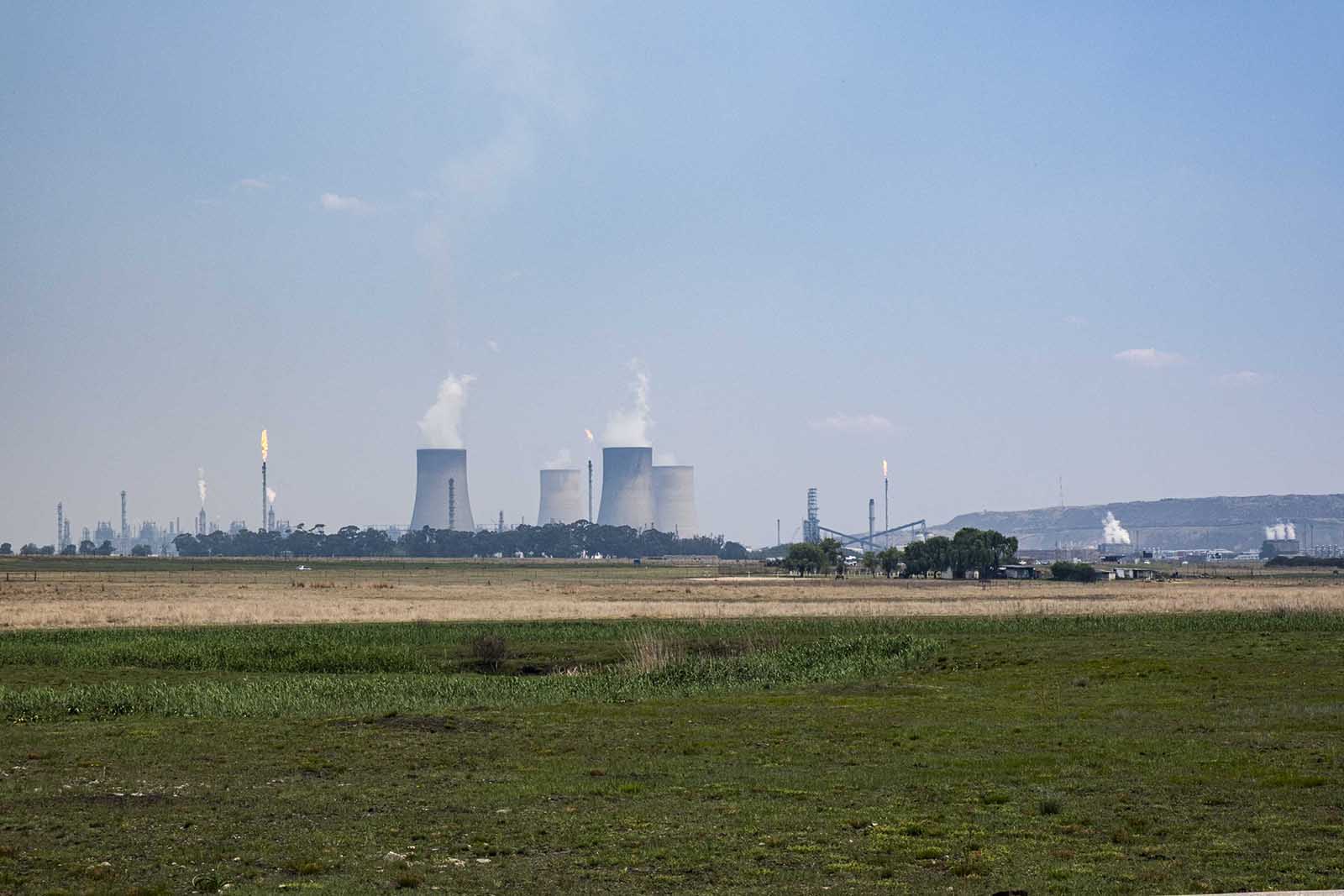