Residents of eThekwini municipality (which encompasses Durban and surrounding areas) in KwaZulu Natal, South Africa shall remember the month of April 2022 for a long time. Starting on Saturday April 9, heavy rain pummeled the city and, a few days later, on the night of Sunday 10 April 2022, eThekwini received over 300 millimeters (30cm) of rainfall in the space of 24 hours. In other words, it received more than a month’s worth of rain in one day.

The rains continued pounding the province into the following weekend. According to NASA’s Earth Observatory, the highest rainfall totals (on April 11) were recorded in Margate (311mm), Mount Edgecombe (307mm), and Durban North (301mm). Other areas that did not receive the same amount of rainfall but still took a heavy pounding included Kwamashu, Amanzimtoti, KwaDukuza, Umlazi and Umdloti.

When the rains started, there was screaming all across Durban as some residents jumped out of bed either to avoid being swept away by floodwaters or to salvage a few documents and prized possessions.

In Durban, shacks and even more solid houses built with cement blocks collapsed when a series of mudslides went off as the ground got saturated with rainwater. Those who live on unstable hillsides and in flood plains are mostly poor and unemployed and they were hit hardest. Mandla, an informal worker said that:

‍“when the water came, my wife was feeding the baby. I was hearing some creaking and praying that the shack would withstand the pressure. Next thing, the entire house fell on us”.

The rainwater swept away roads, bridges, power lines and entire apartment buildings. On the N2 Highway near Isipingo, it caused an epic container pileup. The force of the flowing water picked up more than a thousand containers as if they were just empty beer cans and pushed them in the general direction of the ocean. They were only stopped by a bridge some hundred metres away.

In the Umdloti waterfront, sections of two multimillion dollar apartment buildings collapsed under the weight of mudslides. The event was captured by drone footage and has since been viewed millions of times. The mud spilled into elevators and underground parking areas, making most of the apartments uninhabitable for many days.

By Easter Monday, the rains had damaged more than 13,500 houses, and completely destroyed 4000. More homes were destroyed in nearby Mzinyathi more than six days after the rains first started. Ethekwini had not witnessed a natural disaster of this magnitude since it was founded.

In the hours following the flooding, President Ramaphosa visited Durban and declared: “This disaster is part of climate change. It is telling us that climate change is serious, it is here.” Weeks later, Finance Minister Enoch Godongwana would also declare: “What happened in Durban was climate change”.

A few days later, the Premier (Governor or First Minister) of KwaZulu-Natal Province, Sihle Zikalala, announced that the devastating floods had claimed 435 lives and a further 63 people remained unaccounted for. He also announced that over 40,000 people had been left homeless by the floods.

On May 11 2022, Sipho Hlomuka, KwaZulu-Natal Provincial Minister (MEC) for Cooperative Governance and Traditional Affairs estimated the total damage to the province’s infrastructure at R25 billion.  Provincial Minister for Health Nomagugu Simelane-Zulu announced that 35 coastal health facilities had been damaged by the floods, of which 80% were salvageable.

Stunned communities have been surveying the damage for weeks now, not knowing where they will get help to rebuild their lives. Although civil society, nongovernmental and faith-based organisations have launched fundraisers to collect money for the healing and rebuilding process, it is clear that the money will not be enough to repair or rebuild fourteen thousand homes. Some residents have cleaned and patched up their partly-damaged homes and moved right back in because they do not know where else to go.

A public inquest began in the aftermath of the deluge and many South Africans have been asking why the South African Weather Services (SAWS) did not predict that the rains would more serious than usual. In fact, SAWS had seen rain coming, but not quite a deluge on the scope and scale of what happened on April 11. A few days before the rains, SAWS had informed the public to expect heavy rains. On April 12, i.e. one day after the biggest rainfall of the week, they raised the danger level to orange level nine for eThekiwni and Ugu to indicate potentially severe impacts, including loss of life.

Cutoff low-pressure systems typically bring heavy rains to this part of the country between the summer and fall seasons. In fact, the province had recently witnessed two episodes of flooding, in October 2017 when 108mm of rain fell in one day, and again in April 2019 when it received 165mm of rainfall.

So is this the new normal for KwaZulu Natal? In January 2022, Professor Andrew Green, Head of the Marine Geology Research Unit at UKZN’s School of Agricultural, Earth and Environmental Sciences and a team of scientists published an article in the Nature Geoscience journal which stated that “At present, tropical storms are usually confined to central Mozambique but renewed ocean warming because of climate change could once again allow them to travel south, with potentially disastrous implications for cities like Maputo, Durban and Richard’s Bay.”

In what seems to confirm this theory by Professor Green and his team, the Mozambican channel and the South West Indian Ocean islands have witnessed a particularly active and bruising storm season in 2022. In January, Tropical Storm Ana flooded coastal communities in Mozambique, Malawi, Zimbabwe and Madagascar, causing major damage. A few weeks later, from 5-6 February 2022, Tropical Cyclone Batsirai tore through Madagascar and parts of Malawi, Mozambique and Zimbabwe, destroying or damaging over 100,000 homes and claimed over 150 lives. It downed power lines in many parts of Réunion and Madagascar and almost wiped out the entire city of Mananjary in Madagascar. Batsirai was quickly followed by Tropical Storm Dumako (16 February) and Tropical Cyclone Emnati (23 February). When the floods occurred in Durban in April 2022, Tropical Storm Issa had moved just off the coast of Durban, and it is likely that it exacerbated the rainfall.

At least 600,000 people have been permanently or temporarily displaced as a result of storms in 2022, and over 1000 lives have been lost.

Adapting to the new normal

There is clearly an emerging pattern of increased extreme weather events in Southern Africa and the South West Indian Ocean Islands and so political and social actors have to quickly adjust to this new reality. A number of key priority actions have to be taken.

Firstly, predicting weather patterns is not a straightforward affair. SAWS needs to create a broad international partnership in order to improve its weather forecasting capacity. It has to collaborate with more meteorological centres both inside and outside the country. It should also develop closer ties with media houses and local government authorities in order to give people information in real time. This goes too for all the countries in the sub-region. Meteoroligical services need to work together. South Africa has already signed partnership agreements in this regard and more countries should do the same.

Secondly, national and provincial governments must enforce stricter rules about where people build. Monitoring has to be done to ensure that people do not build on unstable hillsides or flood-prone basins. Finance Minister Enoch Godongwana rightly pointed out in an interview granted to the SABC that it is fairly difficult to tell a desperate man not to build a shack in the only place where he can find available land. This highlights the need to fast-track housing and land reform projects in order to ensure that desperate people do not resort to building in disaster-prone areas.

Thirdly, the IPCC has warned that we are witnessing an increase in the frequency and intensity of extreme weather events. We need to see the crises around the world (extreme heat in the Indian subcontinent, floods in Belgium and Germany, tropical storms in the South West Indian Ocean Islands, hot and dry spells in Australia, the heat dome in the North American west coast, drought in Africa, Europe, and America, unpredictable precipitation everywhere, etc.) from a holistic perspective, and those are just the effects of 1. warming. The world needs to work together to cap warming below 1.5 before it gets too late.

Fourthly, the Kwazulu Natal government should revisit its crisis management preparedness. It should rewrite and rehearse its disaster playbook. The province has suffered four major crises in a very short space of time (the KwaHlathi ‘diamond prospecting episode’, the 9 – 18 July 2021 riots which claimed 258 lives in the province, the Covid-19 pandemic and the April 2022 floods). Political and social actors in KwaZulu Natal and elsewhere in the sub-region for that matter should live with the assumption that the next crisis is only a few hours away. Everything should be put in place to ensure that all stakeholders are ready for the next crisis.

Finally, business has been disrupted in many parts of KwaZulu Natal because the floods washed away roads and bridges and caused temporary closures to the Durban harbour. Going forward, the city needs to weatherise its homes and public infrastructure. This will take time and cost a lot of money. KwaZulu Natal also needs to review how it builds its roads and bridges. Frequent inspections must be made on floodwater drainage to ensure that they are not clogged with grass, plastic and debris. 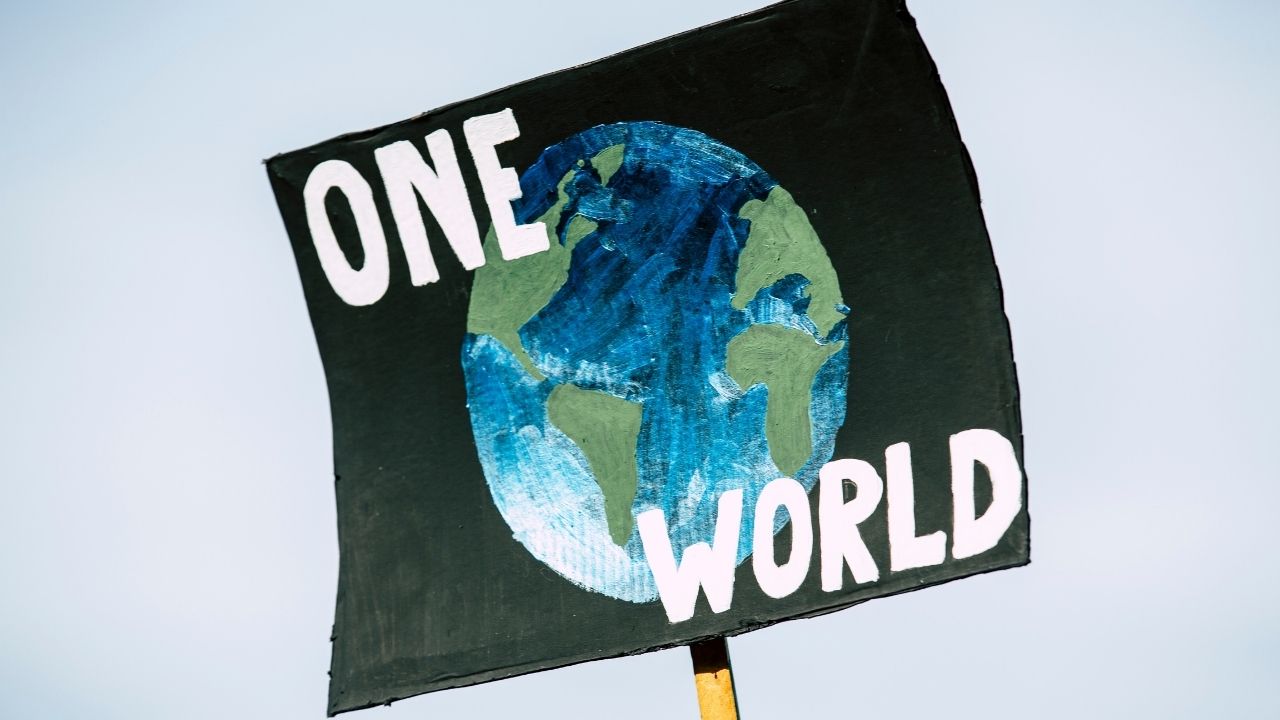 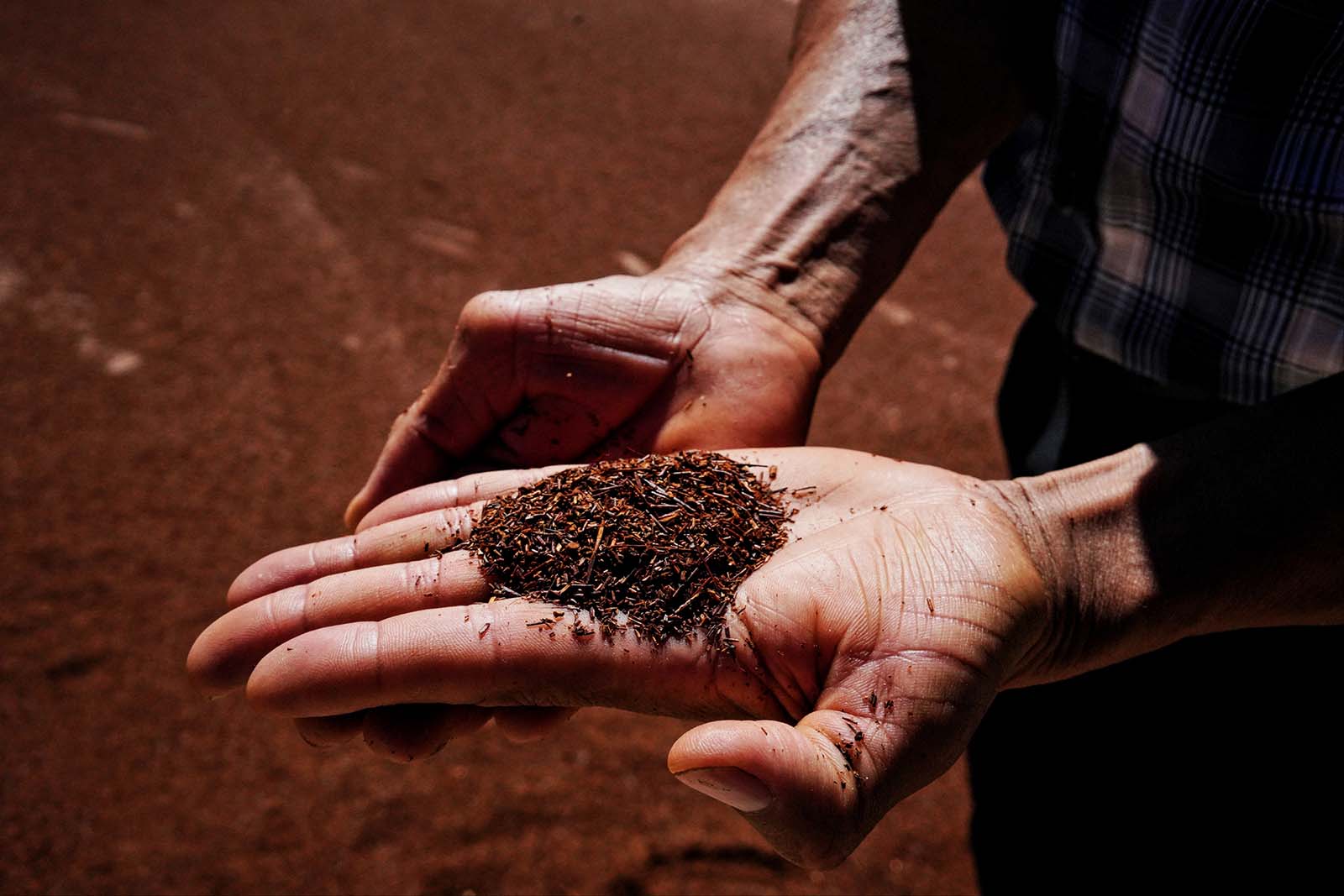