Clean drinking water is an inalienable human right and easy access to it has resulted in many communities taking it for granted. For the residents of the Temba township (South Africa), however, access to the precious resource remains elusive. This is because Apies river, the main water source which is meant to sustain the communities water needs, has been degraded to the point where the water is not fit for human consumption.

In the northern parts of the Gauteng province in South Africa the township of Temba can be found nestled in the outskirts of Hammanskraal. The streets of Temba are filled with activity as the township’s residents go about their errands, unperturbed by the unrelenting heat that fills the air and dries it of all moisture. Relief from the persistent heat can only be found when a light breeze passes by the entrance of a church building littered with members of the community and kicks up the dust that lies loosely on the dry, parched earth. The landscape of Temba serves as an indication of the reality that is faced by the residents of Temba milling around the church's courtyard. Among them is Stanley Mashaba, a 71-year-old resident of the Temba district.

Bra Stan, as the elderly resident more fondly prefers to be called, stands under the zinc canopy of Ebenezer Bible Church appearing tall and youthful despite his age. Today the church, which is a pillar of the community, serves as a meeting place where Bra Stan and other residents of the Temba township have congregated. They are meeting to discuss the protracted water crisis which has left the township and the greater area of Hammanskraal without clean drinking water for what has been estimated to be the past 16 years. This community gathering is a commission of inquiry organised by ActionSA, one of South Africa's newest political party.

Bra Stan enters the building. As he walks through the throng of people gathered inside the church, his red checkered hat can be seen far above those around him, his height echoing his standing in the community. Inside he awaits the address from various community leaders to begin. As various water experts, lawyers, religious and political leaders take the stage they all say the same thing: The continual contamination of the Apies iver has left the township of Temba without clean water to drink, cook with or even wash their clothes with.

“Before I knew the water was dirty, I would drink it not realising that the reason I was getting sick was because of this water from the taps.” Bra Stan recounts. It was only after one of his ritual visits with his friend, who had a similar encounter with the contaminated water, that the reason for his persistent stomach aches and frequent bouts of diarrhea became clear to Bra Stan. The water which runs from the Apies river to his tap was, and still is, of exceedingly poor quality because it has been contaminated by sewage sludge.

The Apies river is a long and winding body of water that flows through the city of Pretoria, South Africa. It constitutes the biggest source of municipally provided water for the residents of Temba. As such, the contamination of the Apies river lies at the root of the area's water problem. Though there are a number of reasons for this pollution, which include a combination of natural degradation and various other anthropogenic causes, the most recent, and perhaps most troubling source of contamination stems from the Rooiwal Water Waste Treatment Works.

Reportedly, the treatment plant, which is responsible for treating and processing 45% of Tshwane's wastewater, is actively emitting effluent into the river, thereby contaminating it. In a recent study conducted by the Department of Environmental Science at the University of South Africa, it was found that there are high levels of E.coli present in the Apies river. Put simply, E. coli is a pathogen, a microorganism infamous for causing terrible stomach cramps, bloody diarrhea and vomiting. This explains why the water was making Bra Stan ill. It was after this realisation that Bra Stan counselled his family to stop using the water from the taps, saying: “You must not drink this water anymore. This water is dangerous”

Since then, the 71-year-old and his family have been dealing with this issue since he first became aware of it in 2013. Almost eight years after he first came to learn about the contaminated water, Bra Stan admits that little has changed in respect to the water quality despite promises from the municipality that the issue would be resolved. In describing its current state, Bra Stan details how when he opens the tap there is the sound of exertion as though the pump is straining to summon the water. Eventually a steady stream of murky fluid, sometimes the colour of light amber, flows freely and the air is filled with the smell of something that has gone bad. This is the water of the Apies River, unfit for human consumption.

Though the water woes of the community continue, Bra Stan reflects about what was discussed in the meeting as he stands outside the church. The most promising outcome for Bra Stan is that the report compiled from the discussion will be used to address the problems created by the treatment plant. For him the problem can still be fixed. In an effort to source clean water, Bra Stan and the rest of the community galvanised together to petition the City of Tswana to supply them with clean drinking water, as is their inalienable human right. “We have gone to the council as a community to talk about the dirty water. What the council did was they organised tanker trucks which went to Eersterust to collect water from a pipe that comes out of Soshanguve and bring it to the people of Temba”, says Bra Stan as he points South signalling the general direction towards Eersterus, located approximately 50 kilometres away from the church.

Though the community has been presented with a solution to the problem from the municipality, Bra Stan maintains that it is not always reliable. Reportedly, the tanker trucks occasionally retrieve the contaminated water from and supply it to the community. “They became too lazy to collect the water from Eersterust” Bra Stan alleges.

Lindela Mashigo, the spokesperson for the City of Tshwane has confirmed that the municipality deploys 50 roaming water tankers to Temba daily. When asked to comment on the allegations made by Bra Stan, Mashigo maintains that the water supplied to the residents of Temba is compliant with SANS241:2015, a national drinking water standard. “In addition, the operators of the water tankers have been given a cleaning and disinfection procedure to sustain potable quality.” Say Mashigo.

Regardless of this, Bra Stan and many residents of Temba feel they have no option but to buy water from an independent third party. Currently Bra Stan buys his water from a friend who has a water purification machine. This is the only way he can ensure the water procured is safe for himself and his family to cook with and consume. The Temba native buys eight 20 litre containers of water which must be rationed across two weeks. Once the uncontaminated water has been used up, Bra Stan must once again make the trip to source clean water.

Gradually it has become clear to the community of Temba that they cannot rely on the municipality to provide them with consistent sources of clean water. Some members of the community have taken matters into their own hands and sourced their own real time solutions to the ongoing water crisis.

Just a stone's throw away from the Ebenezer Bible Church, at Reneilwe Primary School, students and teachers have also been contending with the issue of the contaminated water just like the rest of Temba. Letwaba, a teacher at the primary school, says that at the zenith of the issue, when the school could not get access to clean water for the students, they were forced to send the student’s home early, effectively, interrupting the students’ learning. “It has affected the progress of the learners. Already, the lockdown and Covid-19 pandemic has made it so that they only come to school occasionally. When there is no clean water, they cannot wash their hands and they don’t have anything to drink. We have no choice but to send them home.”

In response to this unfortunate situation Kusini Water, a South African water filtration company, has installed an environmentally sustainable water treatment system at the school. This endeavour is part of the social enterprises project to avail clean water to communities in need. In Temba, Kusini Water is effectively filling the gap left open by the municipality's inability to supply clean and safe drinking water to the community.
This is done by using a water filtration system purifying the water of bacteria such as E. coli and rendering it safe for human consumption.

The founder of Kusini water, Murendeni Mafumo, has been working in the water space for the last 12 years. It was during his tenure in the public sector that he realised the need for clean drinking water in South Africa's poorest communities was an issue he could address. "I used to see this problem in the informal settlements every day. I thought maybe there is something that we could do about it; that's why I started the organisation" says Mafumo.

It is of utmost importance to the water activist that Kusini Water's filtration system is environmentally friendly. The system is broken up into two components. Firstly, it is a water purification system for locally available water. The water purified through the system is sourced primarily from groundwater, rainwater or the municipally contaminated rainwater. The water is then fed through a low-pressure filtration system made from macadamia nut shells, carbon and nanofibers. The second component utilises solar power to distribute the purified water to the local community where the system operates. "We want to increase the accessibility of clean drinking water without harming the planet. We try by all means to balance three things: decreasing the harm to the environment and the harm to people while simultaneously promoting economic gains in the community" Mafumo adds.

For the students of Reneilwe Primary School, the interruption of the school day is no longer a reality. The filtration system provided by Kusini Water has eliminated the problem of exposure to hazardous water from the school grounds. In addition to this, the company has installed a pure water kiosk where members of Temba can buy water that is pure and will not pose a danger to their health. “The kiosk will not only refill clean water for the community but assist Reneilwe Primary School to generate income in order to improve their food garden and school”, says Mafumo.

While the installation of the water filtration system is a small win for the community of Temba, for Bra Stan it is not enough. He wants the municipality to be held accountable for the state of water in the Temba district. It is his hope that the subsequent report issued by the commission of inquiry will help address the water crises.  “They should take the mayor of Tshwane to court. He is supposed to explain why people are drinking dirty water. It is what we wish and maybe the commission will help us”, says Bra Stan with a glimmer of hope in his eyes. 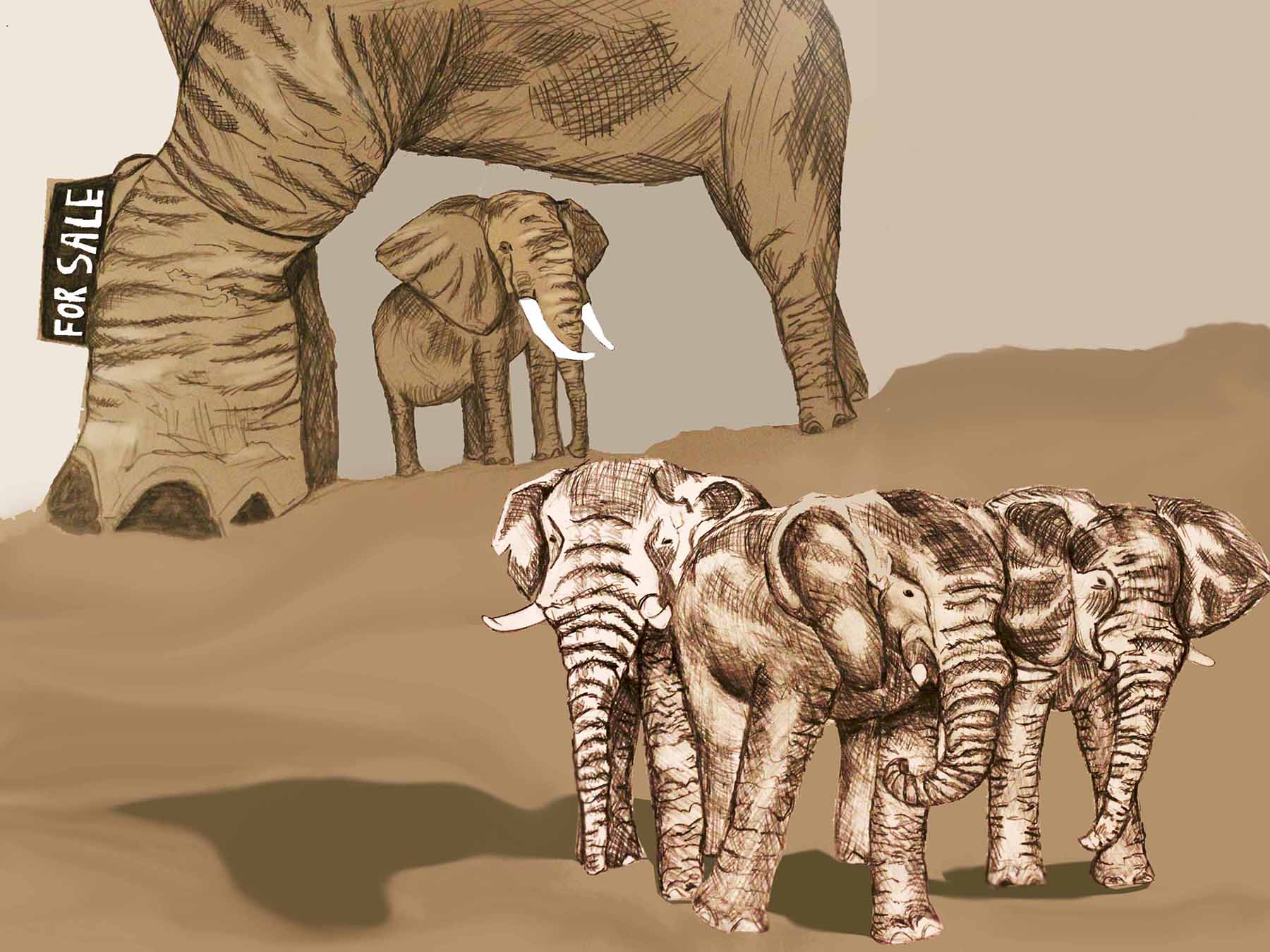