“Our government is busy replicating the apartheid regime in support of neocolonial trends. Big mining companies like Recon Africa have more rights than the indigenous people in the Kavango. Why are they putting our natural resources and wildlife at risk? Who is fighting for the people being evicted from their lands? What happened to the liberation movement? This cannot continue!”

Chapter one: The beginning

Ina-Maria Shikongo was born in 1979 in Kalulu, Angola, but spent most of her childhood years in refugee camps of the Former East Germany. In 1990, she and her family moved to Namibia where she attended school in Windhoek. It was also here where that little girl started writing poems and painting ‒ art forms she still uses today.

“I write about what I'm feeling or what moves me. It’s the same with my art.  Activism can be quite emotional and draining so I need a release. Art has become that release element for me, I'm not a mentor, I’m not a mom, I'm not an activist. I'm just angry and want to feel it.”

During high school, Ina also found a love for fashion after seeing an Oprah Winfrey show where Donna Karan was showing a dress that could change into a mini-skirt.

“It was the first time I saw an interchangeable dress and I found it so interesting. After watching that episode, I knew that's exactly what I wanted to do. It also tickled my interest in using unconventional designs and materials for my pieces. The first design I ever made was Himba inspired. It was brown with gold pants with a slit and a boob tube with a long train made from curtain material. I absolutely loved it!”

Ultimately her passion led her to France where she completed a three year course in Fashion Design at Lycée Sévigné de Tourcoing in 2005. After her return to Namibia Ina started sharing her knowledge with others.

“It was important for me to come back to Namibia and share what I learned with people at the grassroots. This is also why I created the Fusion project, to teach underprivileged women from all over Namibia how to make their own designs and clothes. In a way, my activism started there. To me activism also involves bringing about a certain type of change.”

At the core of all her projects and endeavours is education, advocacy and love ‒ a shining example of the lessons she took from her biggest influencers Dr. Martin Luther King  and Tenzin Gyatso, the fourteenth Dalai Lama.

“They were not afraid to speak up and teach love. What I like about the Dalai Lama is he said the matriarchy is completely suppressed. We can see it today- women that don't have a voice. These two leaders also believed in true peace and change, especially change that benefits everyone,” Ina explains.

Twelve years after returning to Namibia, Ina co-founded the Eloolo Permaculture Initiative where she spends her time  planting trees in school gardens and educating children on environmental care ‒ a world that introduced her to the concept of climate change.

“Believe it or not, climate change is actually a subject that I only recently got into. In Namibia we were talking about climate change but used the wrong words for it. We notice rain patterns changing, we harvest less and less each year, and our livestock is dying, but no one is making the relation to climate change. That is why I believe climate education is so important. If you start educating you will realise people are eager to learn, they just need the opportunities.”

Ina says activism starts with education. It is important to educate yourself and the person next to you on the climate crises, then you can join the fight.

“You have to be an example if you want others to change. Start by encouraging food security in your own backyard by growing your own food. Harvest water, turn off your lights, drive less, consume less, but most importantly, speak up against injustice. Today we call it a climate crisis because we can see the weather patterns changing or our water resources running out, but it is also a social crisis and the change starts with you.”

“The climate crisis is affecting people literally everywhere. Here we have droughts, meanwhile people in Angola and Uganda are dying of hunger. Then you have floods – in Pakistan people are drowning in water. Elsewhere, rivers are running dry; the longest river in France is dried out. So I ask you, how long can we keep on ignoring this?"

"My dream for Africa is for every country to stop exploring new fossil fuel projects. People are not taking into account that it's not just about the profits, it's about the people and that what is to come, is going to be worse for the most vulnerable communities. I urge my countries’ leaders to sign up to the fossil fuel non-proliferation treaty, which means no new projects of gas and oil expansion, it means financing of renewables and no more damage to nature.”

Angry calls for action, rustling banners and stomping feet fill the streets of Stockholm as Fridays for Future (FFF) and Rise up Movement call for an international treaty to phase out fossil fuel exploration and expansion. Walking alongside her fellow activists is Ina-Maria Shikongo, proudly holding up a “Save the Okavango” banner and chanting “NO to oil and gas, YES to preserving biodiversity!” In Sweden, thousands of miles away from home, she is one of many environmental activists. Back home Namibia, she is the leading voice of climate activism.

In a way Ina-Maria Shikongo has always been an activist. Flashback to 30 years ago, Ina was just a little girl, sending poems she wrote about injustices to the local newspaper.  Today that little girl, raised in a refugee camp in Germany, is a fierce campaigner with a cast-iron will to fight against injustice. As co-founder of the Fridays For Futures (FFF) movement in Windhoek, she and her fellow activists educate the youth on climate change issues and injustices in their country and the world.

Action-packed days, long nights and no weekends is the best way to describe Ina’s schedule. Her activism led her to be a part of FFF International and FFF Most Affected People and Areas (MAPA). Currently, she is taking a stand against a Canadian oil company, Recon Africa, in their pursuit of fracking in the Okavango Delta which puts a world heritage site and home to more than 200 000 people as well as aquifers that run through neighbouring South Africa and Botswana at risk.

On the eve of Stockholm +50 Ina joined her colleagues at the presummit to call on governments to phase out the harmful production of oil, gas and coal. As one of the panellists in the event How coal, oil and gas risk our relationship with nature, Ina shed light on the environmental injustices seen in Namibia.

“Big mining companies like Recon Africa have more rights than the indigenous people in the Kavango. Why are you putting our natural resources and wildlife at risk? Who cares about the people being evicted from their lands? What happened to the freedom, liberation struggle movement? Our government is busy replicating the apartheid regime in support of neocolonial trends.”

During her visit in Stockholm Ina joined various FFF International actions and roundtable discussions about the impact of the fossil fuel industry on different communities. According to her Stockholm +50 was more inclusive by involving specialists, youth and interested parties in these discussions.

“This was the first conference in the history of the United Nations where they clearly mentioned that it's a moral obligation to phase out fossil fuel. To me, this was the most promising result of Stockholm, especially because they mentioned it as their third declaration. That was a very powerful move and it means we had an impact at the summit. I think we, civil society and non-profit organisations, need to take that statement and keep people accountable.”

Keeping people accountable was exactly what Ina and her fellow activist’s did when they travelled from Bremen to Munich, Germany. During this three-week-long trip the team went to twenty different cities to have climate action talks and workshops.

After her return home she made some time for herself and her family, but is already in full-swing with FFF International and other international campaigns. Ina is also sourcing funding to host a weekly climate action workshop with FFF Windhoek.

Ina says Stockholm 50+ was her last big climate conference for the year and she will not be attending COP27 in November. “I attended COP26 last year, so it's time to pass the mic and give someone else a voice. Africa is widely impacted by climate change and all the voices must be heard. Namibia has many activists that would do well, but we also need more activists from DRC Congo. Their voices have to be amplified, especially the indigenous people.” 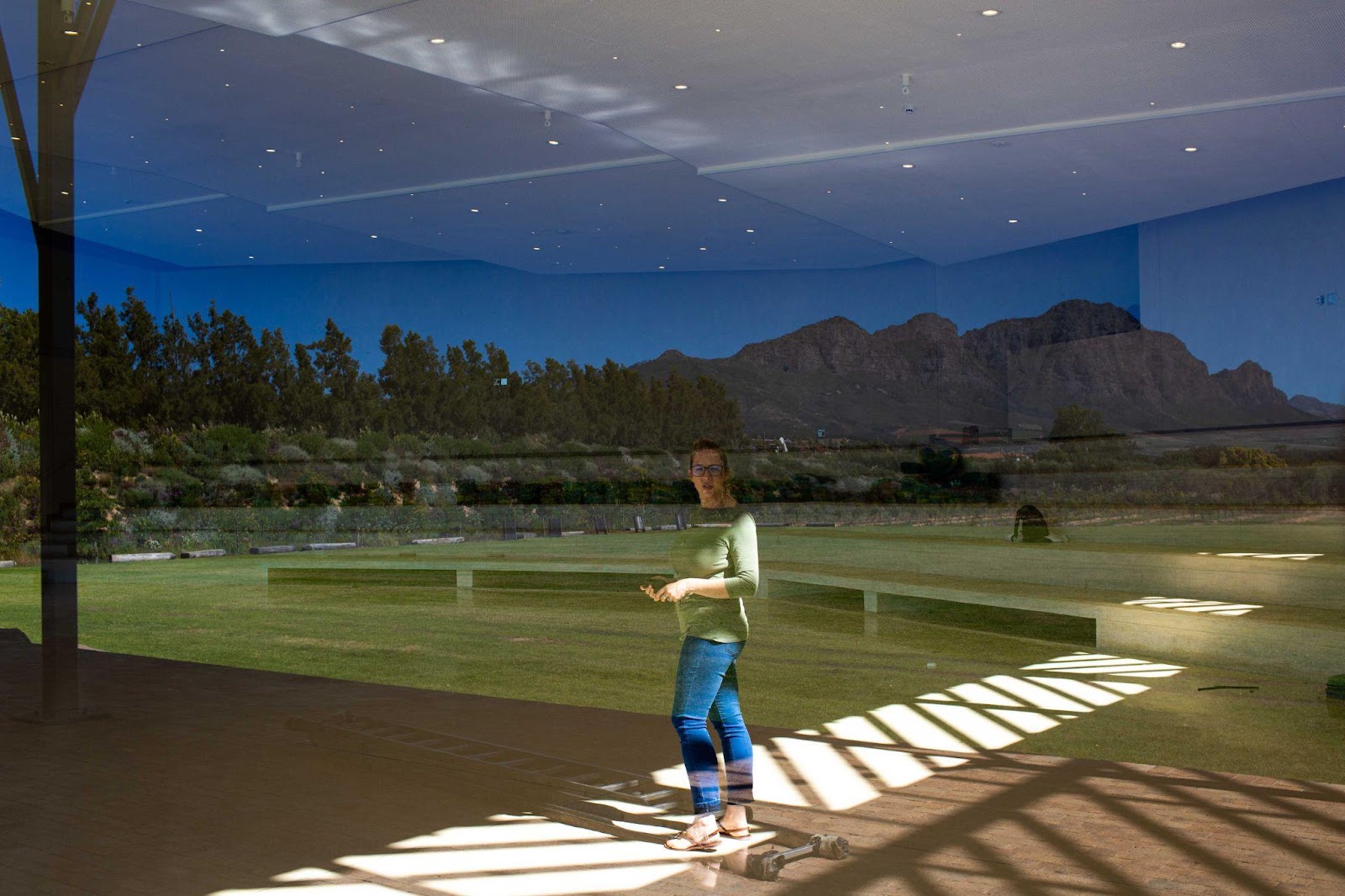 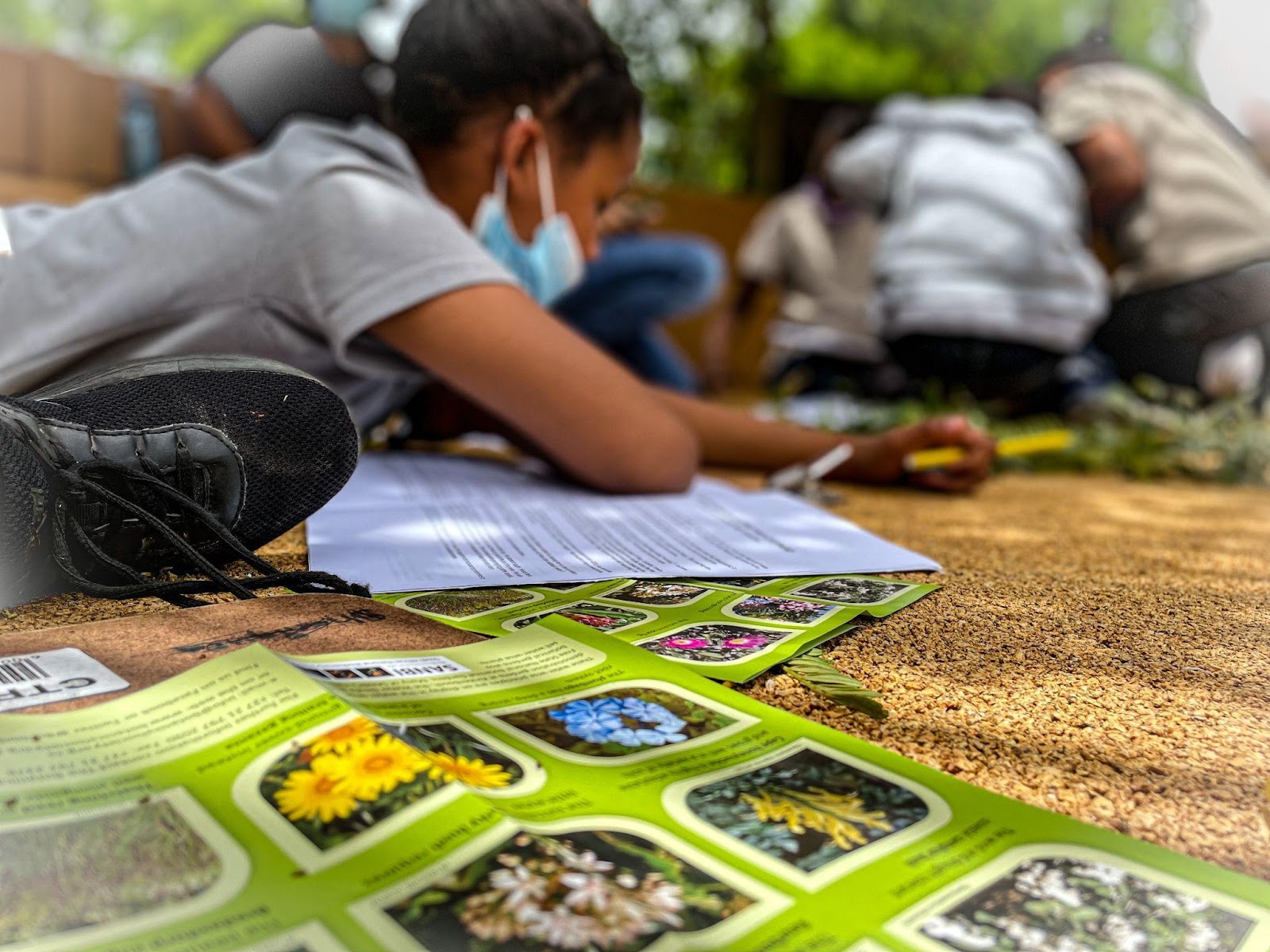