Ayanda Kota and his Unemployed People’s Movement (UPM) have grown tired of fighting a raft of service delivery issues from the sidelines - water shortages, drought, sewerage problems, unemployment, waste disposal, etc and so, for the first time ever, the UPM is joining forces with other Makana residents and civil organisations in a coalition known as the Makana Citizen's Front (MCF) to contest the next municipal elections.

For the first time ever, the UPM is joining forces with other Makana people and civil organisations in a coalition known as the Makana Citizen's Front (MCF) to contest the next municipal elections. This social movement was born in June 2021 at a rally organised by the taxi association and the UPM. They made one last unsuccessful effort to call the present council administration to order before deciding to effect the change they seek themselves.

Makana Municipality is plagued with a catalogue of problems, some natural and others artificial. On the one hand, a punishing drought that began about six years ago has left most of the Eastern Cape dry and under Day Zero declarations (i.e. the day a municipality officially declares that it can no longer supply water to its citizens because there is none left in the treatment and storage facilities) means that most locals spend a hefty chunk of their earnings buying water. Drought is a major problem in Southern Africa. Searing heat conditions have killed over two hundred thousand animals in the region and left over two million people vulnerable to hunger.

On the other hand, the municipality has failed to bring corruption and other persistent problems with water, potholes and sewerage under control. The city's infrastructure is archaic, not properly maintained and is presently unable to support the city’s ever-growing population. Added to all these is the vast unemployment situation as local people look up to a failing municipality as a lifeline for job creation. This prevailing situation led MCF spokesperson Lungile Mxube to conclude that "it is time to stop the rot."

To turn the situation around, the MCF and its alliance partners (the UPM, Makana Residents’ Association, and Anti-Crime Forum) is doing a door-to-door campaign to encourage people to register and vote in the upcoming November 1 local council elections. Their task is all uphill with sky-high voter apathy since most city dwellers do not see anything changing any time soon. Ayanda Kota notes that the excitement that accompanied the 1994 and 1999 elections are not there anymore. To encourage people to participate in the polls, the MCF has made exciting promises in their immediate policies after November 1.

The MCF is promising to restore accountability in the inner workings of the council. First, they promise complete social responsibility that will see them end the water crisis that several council administrations have been unable to resolve.  In this vein, they promise to restore oversight over every project to the people to ensure proper accountability.

Secondly, the UPM notes that any administration must look at the climate crisis the world is going through and that Makana must provide viable opportunities to make positive contributions towards saving our planet. According to Ayanda Kota, "humanity is under threat, and we must start looking towards green and other renewable energy sources like the solar and wind turbines to replace coal and gas in energy production. We must also sustainably harvest water." The Eastern Cape Province has been hit by drought in the past four years, and the UPM stalwart notes that the water and other environmental worries are not getting any better.

When asked why the UPM prefers to work within a coalition rather than field their own candidates for the upcoming polls, Kota noted that their role has always been one of oversight and fighting to ensure the municipality lives up to its role as defined in Chapter 7 of the constitution of the Republic of South Africa. The UPM would like Makana to have an administration that is not corrupt, one that listens to the people and above all, a governing body that seeks to build a springboard from which the inhabitants can excel. Their fight is not necessarily for power and cushy jobs.

In the same vein, the UPM advocates for a 'participatory budgeting' approach in handling the annual R600 million budget for Makana. The UPM argues that this forces the municipal managers to ask and prioritise the needs of the people before budgetary allocation.

If this is implemented, the council will not see the road and other repairs taking place only on the eve of elections when politicians are forced to seek another mandate from the people. All candidates standing as wards and proportional representation of councillors running on the ticket of the MCF have signed an undertaking committing them to serve the people of the municipality or be recalled.

Moving forward, Ayanda Kota would like to see the momentum from civil society organisations growing and not fading after the November 2021 elections:

Our core business has been to build a lively citizenry that will continue to be active and participate in the running of the affairs of the council. Our work is not just about voting since the real work of oversight starts when the new administration gets to work in committees giving out tenders and carrying out projects. The UPM does not want to field candidates because our role as watchdogs is critical and cannot be abandoned. We carry the needs and aspirations of the people.

The UPM has supported the MCF because of their shared vision to right the wrongs and bringing a complete turnaround in Makana. The MCF is made up of professional and environmental activists who understand climate issues and can help the council mitigate some of the negative impacts of climate change. It also has people of all stripes and shades, including poor people of colour who know what it means to go about on an empty stomach.

The UPM and MCF already claim to have a mandate from the people. The Front has promised that its councillors will undergo integrated development training to tackle the various challenges posed by running a dysfunctional municipality. The people have in the past heeded their every call to protest, march and sign petitions against maladministration. The same people helped the UPM beat the present administration in court to dissolve the ANC-led council, although that court order is yet to be implemented.

The participation of the MCF in Makana polling mimics a growing trend in South Africa where communities and individuals are challenging traditional political parties after decades of failed electoral promises. The November 1 local government elections will be a litmus test to ascertain if activism and popular democracy from below can lead to better-run municipalities. South Africa’s future depends on it. 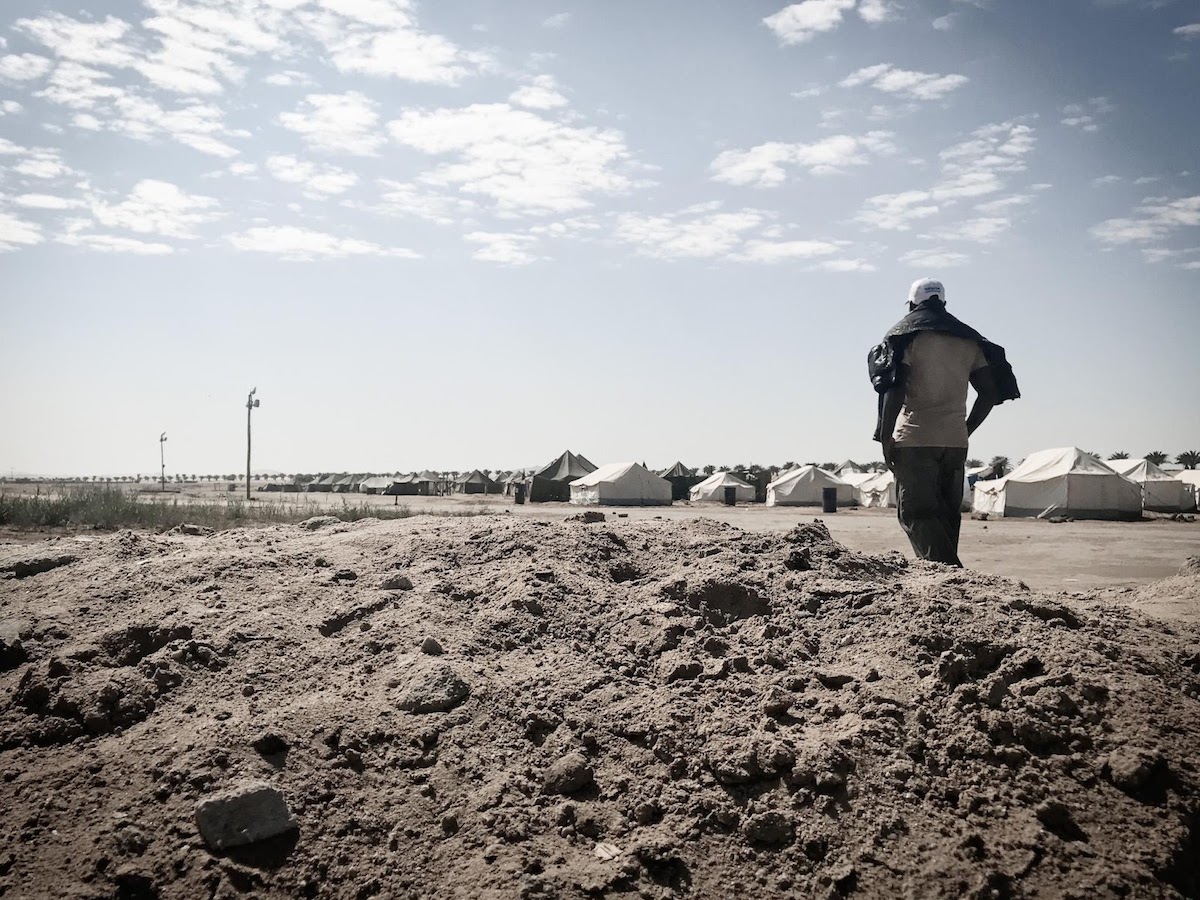 No Fish, No Jobs 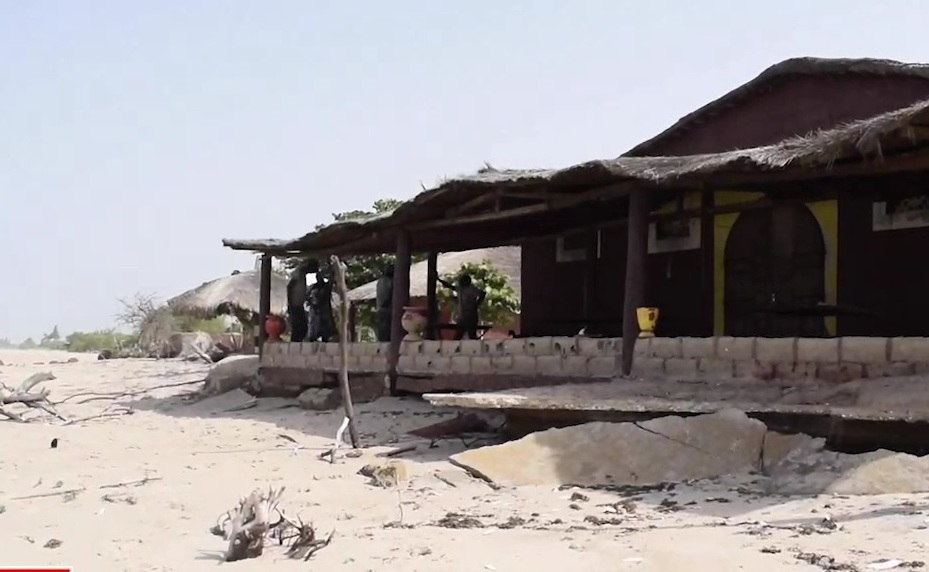