Their organic farming and water conservation measures help in climate change mitigation and adaptation, but they are not receiving support from the government and investors.

On a windy and cold morning at the PHA campaign offices in Western Cape, South Africa, smallholder farmer Nazeer Sonday is inspecting some fresh produce that is ready for dispatch.

Just outside, the voices of farmers working in the fields can hardly be heard because of the diesel-powered compost tumbler which is rumbling. Various vegetables including spinach, lettuce, onions and carrots are grown here on this football-field-seized piece of land, The odor of organic matter is all over this field, which is surrounded by residential and corporate buildings.

The entire PHA comprising an area of 3.000 hectares on the Cape Flats about 22 kilometers from Cape Town’s central business district centre, is located in the middle of a suburban zone.

It once used to be largely a rural area but over the years has been consumed by urbanisation and used as a farming area from as far back as the mid-1800s; it is ideal for farming because of its mild climate and access to water.

Sonday was born in this area in 1961. He grew up on his grandfather’s rented plot in the PHA where they practiced poultry farming and grew crops such as cabbage and cauliflower.  In 1961, Sonday and his family were moved from this area as a result of apartheid. Sonday came back to PHA in 2006 and ventured into peri-urban farming after securing a small piece of land which is his family home today.

It was also in 2006 when he started working as a smallholder farmer and supplying fresh produce to big shops such as Pick n Pay in Plumstead. He furthermore established a greenhouse with irrigation infrastructure to water crops on his one-hectare piece of land. Sonday, however, struggled to keep up in business as prices of inputs including fertileres and pesticides kept on rising.

“It collapsed. Prices of inputs were rising frequently,” he says. “The production cost was high, but they (retail outlets) paid less money. Smallholder farmers were being exploited.”

At the same time, Cape Town has over the years become more vulnerable to climate change. Sonday says they have been experiencing unusual weather recently.

“It is getting drier and strong winds have become common. Our summer is becoming hotter than before. We are being affected by climate change. We had less rainfall especially in the 2017/2018 season as well as rising sea level,” he says.

After realizing that the use of fertilizers and pesticides was expensive and besides also contributes to both water and land pollution in his area, Sonday turned to agroecology.

"We encourage more insects to come into the farms. Insects and birds control pests in the fields. We do not spray, even organic spray,” he says.

The use of pesticides decreases the general biodiversity in the soil as soil quality is higher without chemicals and this allows for higher water retention, necessary for plants to grow.

Pesticides easily contaminate the air, ground and water when they run off from fields. The manufacturing of fertilizers contributes to greenhouse gas emissions as some in the production of phosphate fertilizers, for instance, calcium carbonate is acidulated resulting in the release of carbon dioxide.

“The idea is to reduce dependence from outside inputs. We make our own compost. We have ponds for fish and we have beehives,” he says. In his plot, he recycles both waste food and wastewater. “How can we make the farm profitable? By getting income while taking care of the environment.”

Sonday, is also an activist with the PHA campaign. Farms that are part of the PHA directly employ 3.000 people and 30.000 people indirectly. The PHA supplies 80 percent of Cape Town’s vegetables, sold unbranded in supermarkets.

​​Sonday believes that farming should be done on a small scale and should be localised. “We believe in the short supply chain. Close to market increases farm viability. This insulates food supply from shocks such as transport shocks, supermarket supply chain vulnerability and climate, droughts, floods,” he says.

The International Assessment of Agricultural Knowledge, Science and Technology for Development report shows that 72 percent of global farms are less than one hectare in seize

About 90 percent of global farms (570 million farms) are run by individuals or families and family farms produce 80 percent of the global food.

Sonday’s farming methods might not seem much, but to many, his contributions are  remarkable as he is also mentoring and providing training to other farmers in agroecology.

One of the smallholder farmers he is mentoring is the 30-year-old Geoald Janklass from Western Cape.

Janklass says she does not use any chemicals in her field.

“I am into organic farming. I joined the PHA campaign about a year ago. Before I did not have access to land. Now I have beans and peas in the fields,” says the mother of four as she is using a shovel to put some farm residue from the compost tumbler into a wheelbarrow. “The inputs are more like a cycle. I put everything from the farm back into the farm.”

Neglected by the government and investors‍

Sonday and the other smallholder farmers who are practicing agroecology are not receiving any support from the government and investors.

“We believe agroecology is sustainable,” he says. “Unfortunately, we are not receiving support from the government,” he laments.

Susanna Coleman, a volunteer at PHA campaign, says other white commercial farmers in the PHA constitute a threat to those who are practicing agroecology by refusing to do away with the use of fertilisers and pesticides.

“In fact, the farmers in the PHA are a threat to us and the environment because they are refusing to change their farming methodology. The problem is maybe only 3three out of fifty farmers are farming in a [recommended way]. The rest of the farmers are refusing to listen to the idea of climate change, let alone considering giving up pesticides and fertilisers,” she says.

Nazeer Sonday’s hopes are that one day the government will provide him with support but in the meantime, he has to look for support elsewhere. “We will have to go to private donors to ask for funding,” he says. 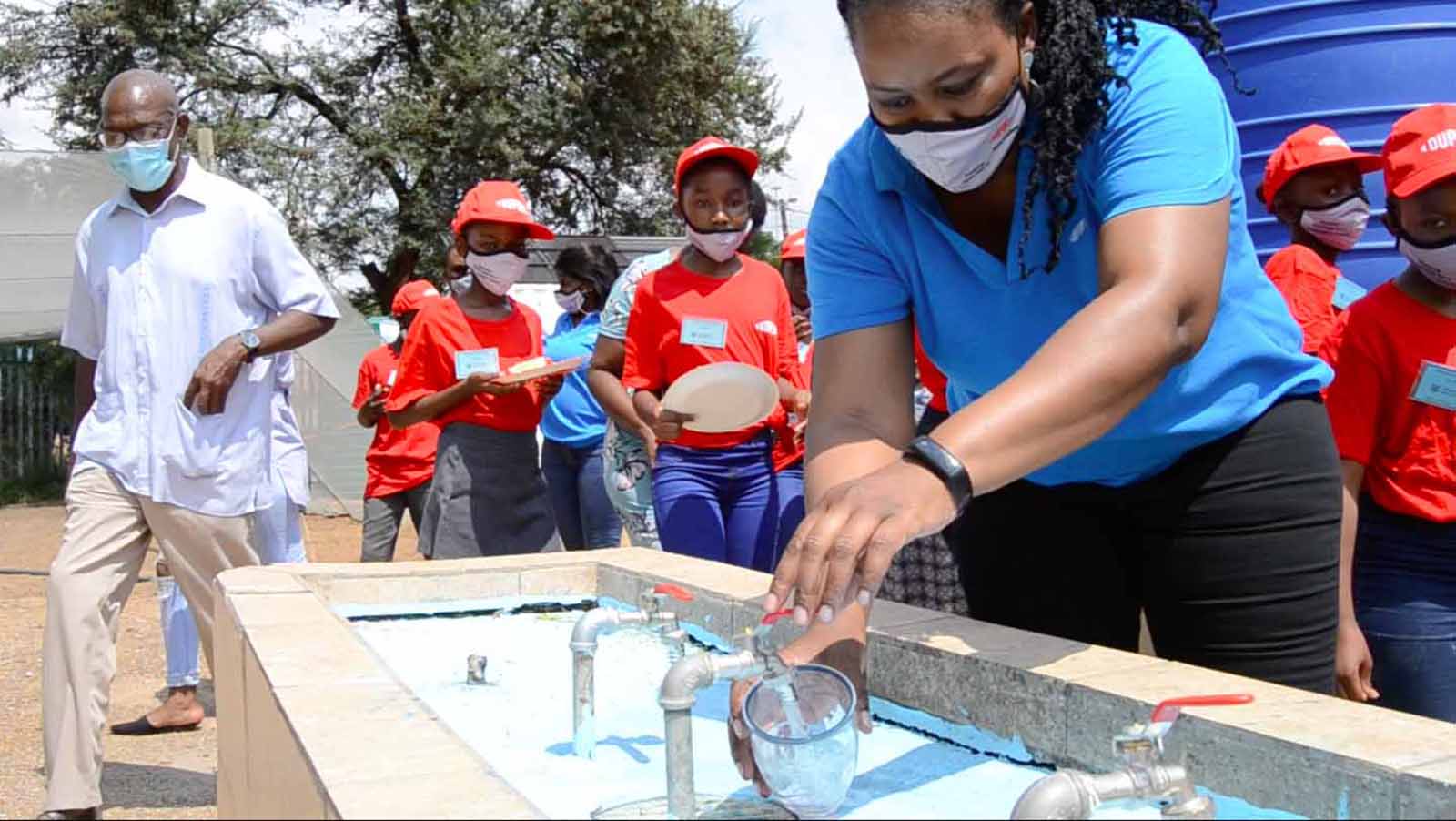 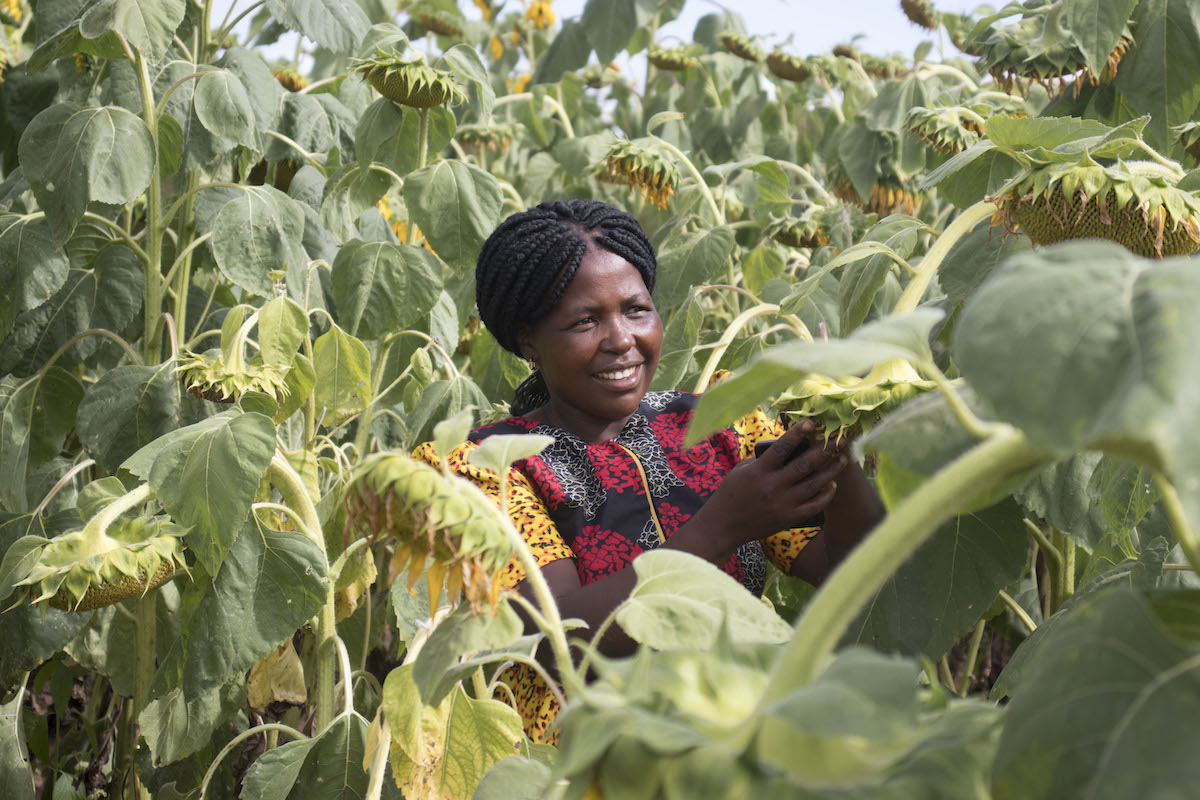